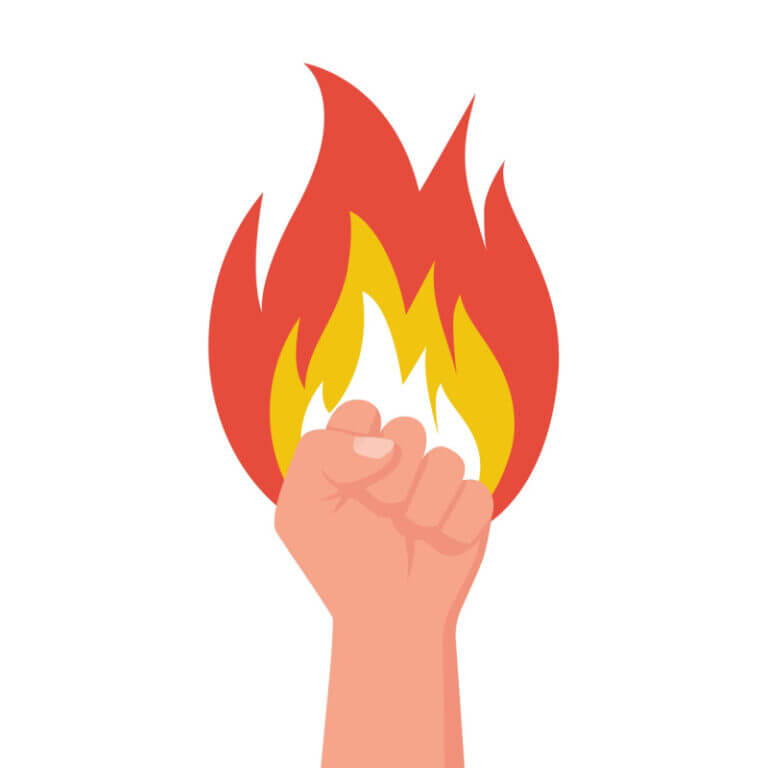 #116 Weekend reads – the spark that became a fire

The title the spark that became a fire could be linked to so many news shocks happening this week, but the focus of this title is Iran. The death of Mahsa Amini at the hands of the morality police, for allegedly violating Iran’s strict hijab headscarf rules, is the spark that has become a fire for the country, and it’s set the protesters off on a collision course with government and religious leadership.

Starting as a women’s protest, with women of all ages, religions, cultures, and social brackets burning their hijabs and cutting their hair, men have also joined the uprising and it’s concerning to authorities because it’s now a widespread protest, across all layers of society.

Many deaths have already been reported, and with internet access cut-off too cool things down, so far, it hasn’t stopped momentum. The message underlying everything is, young people have had enough, and they aren’t going to take it anymore.

Of course, massive civil unrest across the world has been predicted this year due to a multitude of factors – fuel poverty, inflation, food prices, the climate crisis and more. We saw it start in Sri Lanka, although we don’t hear much about that anymore, especially as times are terrible for this beautiful country.

Uprisings and social unrest is predicted to consume many countries around the world, and of course, we may see it in our own countries. Please do read this article: Powder kegs waiting for a spark’: rising costs threaten global unrest, say risk analysts.

“Analysis published by the company on Friday said 101 out of 198 countries, including the UK and across Europe, now had a heightened risk of conflict and instability.”

Beyond this, we also saw Putin announce a mobilization (rumoured to be one million-strong), with young Russian men fleeing for the borders to get out of the country. For those who can’t escape, protests are rising across the country, and this alone could be the test of Putin’s ability to stay in power. Nuclear is back on the table too.

We also saw Donald Trump and three of his adult children expected to face court in NYC for multiple cases of fraud. Not a surprise to many of us, and we wait and see what happens.

The UN is meeting, and many powerful speeches are being shared. We’re also witnessing big climate events this week too, with three super storms hitting at the same time – in Japan, Puerto Rico/Dominican Republic/Canada, as well as in the Arctic circle.

Right now, Hurricane Fiona made landfill in Nova Scotia Canada overnight and it’s apparently combined with another severe weather pattern. The news is still limited on impact. However, when it hit Puerto Rico earlier this week, it was only a Category one storm, but it stayed in place longer, more rain fell, and it is as damaging as previous Category four and five storms.

So much going on, but probably the most important issues we all must face is how close we are to crossing five tipping points. Watch the video below. He’s a goodie and worth a follow.

The controversy & complexity of celebrity-driven conscious collections – Susanna Jaffer is doing amazing work in the sustainable fashion space. Have a read and make sure you follow her. There’s another video featuring Susanna below.

It Was A River Of Hope – Dr David Ko was in the line to say goodbye to the Queen and I just found this an incredibly hopeful piece of writing. We are always better when we come together.

And weekend family time, our 2nd attempt to remove the “Rope Monster.” We will succeed.

The blow-by-blow of what to expect from Hurricane Fiona

Asia’s biggest firms are not joining the dots between biodiversity loss and business survival: study

Nearly half of Britain’s biodiversity has gone since industrial revolution

This jet fuel was made by sucking carbon out of the air. It could power your flights by 2024

What will actually happen when the so-called ‘Doomsday Glacier’ disintegrates?

Hurricane Fiona will be “a storm for the ages”

Best Places to Live to Avoid Climate Change in 2022

‘This is what a river should look like’: Dutch rewilding project turns back the clock 500 years

UN secretary-general António Guterres called out the PR industry for its willingness to “shield the fossil-fuel industry from scrutiny” in a speech yesterday.

Gore Says Climate Crisis Is Like ‘Hike Through Book of Revelation’

Stronger & Wetter: Michael Mann on How Climate Change Makes Storms Worse & Why We Must Cut Emissions

239 agencies listed as ‘polluted’ in Australia

Where Thick Ice Sheets in Antarctica Meet the Ground, Small Changes Could Have Big Consequences

Storm Surge in Alaska Pulls Homes From Their Foundations

Nature is telling us it’s time to act on climate

The World Has a $1 Trillion La Nina Problem

From coffee to codfish: The foods that will get more expensive with climate change

Now is the time for climate action

Ever heard of ocean forests? They’re larger than the Amazon and more productive than we thought

UH, UH… THE PLOT TO “THE DAY AFTER TOMORROW” MAY ACTUALLY BE HAPPENING

Ask the Experts: A Guide to Conscious Consumption – Susanna Jaffer

What to Know About Protests in Iran

Iran grapples with most serious challenge in years

The Myth of Russian Separatists In the Donbas

Russians of military age are desperate to buy the next flight out of the country , but Putin may have just shut the door

Thread. Russia’s declining influence can be seen throughout the post-Soviet world and here’s few signs:

Twitter whistleblower who foresaw the violence of Jan. 6 reveals her identity with an omen for the future of US democracy

Brazil election: Why it matters so much to the US

No US trade deal on the horizon, admits Truss as she flies in for Biden meeting

Loyal to the last, queen’s corgis and pony watch her pass

What happens if Putin goes nuclear in Ukraine? Biden has a choice to make

Canada may need a recession to cool down inflation

Trussonomics is a fanatical, fantastical creed, and the last thing Britain needs

The Luxury Home Market Posts Its Biggest Decline in a Decade. ‘It’s Like Crickets.’

Bill Gates: ‘We’re in a Worse Place Than I Expected’

How LinkedIn became a Place to Overshare

Could this be a glimpse into life in the 2030s?

Stanley Druckenmiller says the Fed is like a ‘reformed smoker,’ while Jeff Gundlach warns it’s driving the US into a dumpster. 6 market experts talk straight about rate hikes.

Were you a ‘parentified child’? What happens when children have to behave like adults

The Queen’s funeral in pictures

What Is The Special Meaning Behind The Necklace Kate Middleton Wore To Queen’s Funeral?

Why Am I Speaking Out?

Alzheimer’s Might Not Actually Be a Brain Disease, Expert Says

Biden says Covid pandemic in US ‘is over’

Dr. Drea Burbank Of The Savimbo Project On Modern Consumerism; What It Was, What It Is, How We Got Here, & What We Can Do About It

Covid-19 pandemic is over in the US – Joe Biden

Large-scale disorder breaks out in Leicester

Ezra Miller Believed They Were the Messiah, the Flash Was Jesus of the Multiverse: Report

A fortnightly livestream and podcast, discussing how we can all act on climate change. This week, is where I’m living safe?