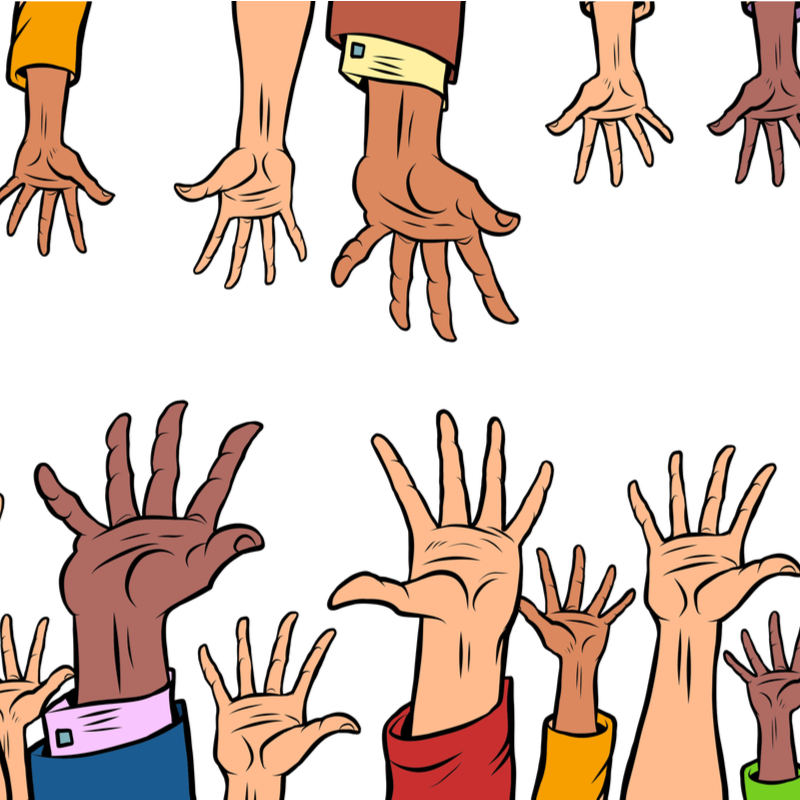 #109 Weekend reads – community is where real change starts, come together

Today, I’m attending the first sustainability event in Phuket, and tonight it’s time for some of the great musical talent to come together and rock the night. All funds raised will go to local charities and foundations, doing amazing work in and around Phuket. Today has been brilliant. Amazing. Soul enriching.

This is all brought together by our community One Phuket, which we established at the start of 2021 – first to raise money to feed people who were struggling during the economic fall-out of the pandemic, and now, we are focused on sustainability.

With both areas of focus, we recognized multiple groups, all working hard and doing incredible work, but separately, isn’t the most effective way of succeeding. So we all agreed it was time to come together and combine forces.

It is incredibly powerful too. It not only means we get a bigger view of the challenges we face, but we also get the creative ideas of everyone, can achieve more, and we can be bolder. We also give each other energy, because it is very challenging to do this sort of work, and you need the extra energy shots!

We are incredibly bold in the ambitions we have set for ourselves too. Hugely bold, but boldness is the only way. Read the environment section below. Times are getting more challenging all around the world.

Over the coming year, we are documenting everything we are doing and will share it far and wide, especially with other tropical Island paradises around the world – hoping it’s a template for wider action. However, we hope it’s a roadmap for any community in the world.

The key epiphany for me is really simple. Come together with your community and get to work. Find the people who are passionate and with great ideas and get them on board. Find the artists, the activists, the workers, the wranglers, the fun people, find them all and start making changes in your community right now. People with strong egos, probs best leave out. It’s not an ego game.

We can ALL do this and truly, if we want to see the change needed in the world, this is where it starts. Governments are not going to do it for us. I mean, just read this article: Bonn talks end in acrimony over compensation. I’ll address this in another post, because it’s a big wide topic, but until we get the message, our elected representatives will not. We need to get it first.

When we get it, we’ll vote for it. When we vote for it and support the leaders to do the hard work necessary, then we have a chance of seeing great change. Let’s do it, but start with your community. You’ll make amazing new friendships too.

Post-covid trauma: what can be done? By the incredible Sha En Yeo. This is SUCH an important issue and we need to face it.

Grit and ability to innovate go hand in hand – GREAT piece by Natalie Turner. Could not agree more.

I have relaunched a new edition of 18 Steps to an All Star LinkedIn Profile (2022 edition) – if you are a newbie on LinkedIn, this book is for you.

REGENESIS: George Monbiot calls for the end of (almost all) animal farming

Pollen and Heat: A Looming Challenge for Global Agriculture

Subverting Climate Science in the Classroom

Nepal to move Everest base camp from melting glacier

Climate change is coming for your ketchup

The Ukraine Crisis Shows How Fragile Our Food Systems Are

6 Big Findings from the IPCC 2022 Report on Climate Impacts, Adaptation and Vulnerability

How your spiking energy bills are making foreign investors rich

Going Under: 200,000 homes and businesses at risk of rising sea levels

IUU Fishing in the Indian Ocean: A Security Threat

Images of Change – Climate Change: Vital Signs of the Planet

Did You Know 50% of the Great Barrier Reef Is Dead?

A powerful heatwave heads into western Europe this week, with low 40s forecast in France and close to +45 °C in Spain

Weather tracker: heatwaves could add to energy problems across Europe

Most people don’t know which animals are going extinct: poll

Thirty years of climate summits: where have they got us?

Historical emissions caused the climate crisis. But it’s what we do today that will make or break it, study shows

Sustainably Yours: The Phuket Swapshop

Singapore to reduce reliance on hydrofluorocarbons under climate treaty

Something starting to do the rounds on social media, is this Tweet. Yes, the scientists are telling us they were not expecting what is happening in the environment to happen until 2050. It’s happening now. No time to lose. Thanks for sharing Phillipa Edwards.

Russia’s economy in for a bumpy ride as sanctions bite

Vox Conversations: The fight for Ukraine — and democracy Podcast

Why Did Revlon File for Bankruptcy?

Is It Time to Consider Co-CEOs?

The C-Suite Skills That Matter Most

Meta hit with 8 lawsuits for ‘exploiting young people for profit’

Facebook Made This 29-Year-Old Rich; War Made Him A Billionaire

US Firms Secure 19 Deals to Export Liquified Natural Gas, Driven in Part by the War in Ukraine

NSW budget 2022: Government to introduce an extra year of education

20 Most Expensive Cities in the World for Expats 2022: Hong Kong Tops the List

‎The Journal.: Hack Me If You Can, Part 1: The Making of a Russian Hacker Podcast

The Journal.: Hack Me If You Can, Part 2: Counterstrike Podcast

The cure for impostor syndrome is simpler than you think

Tanzania: Thousands of Maasai flee into the bush after dozens shot and detained following evictions for trophy hunting and conservation

Vox Conversations: The war on trans people on Apple Podcasts

The Sage on Twitter: “Wow. Just wow. The most accurate video on the state of the USA ever made.

Seven stowaways and a hijacked oil tanker: the strange case of the Nave Andromeda

The Journal: The Saudi Money Splitting Golf on Apple Podcasts

China Says It May Have Detected Signals From Aliens

The Merry Little Minuet THE KINGSTON TRIO (with lyrics)