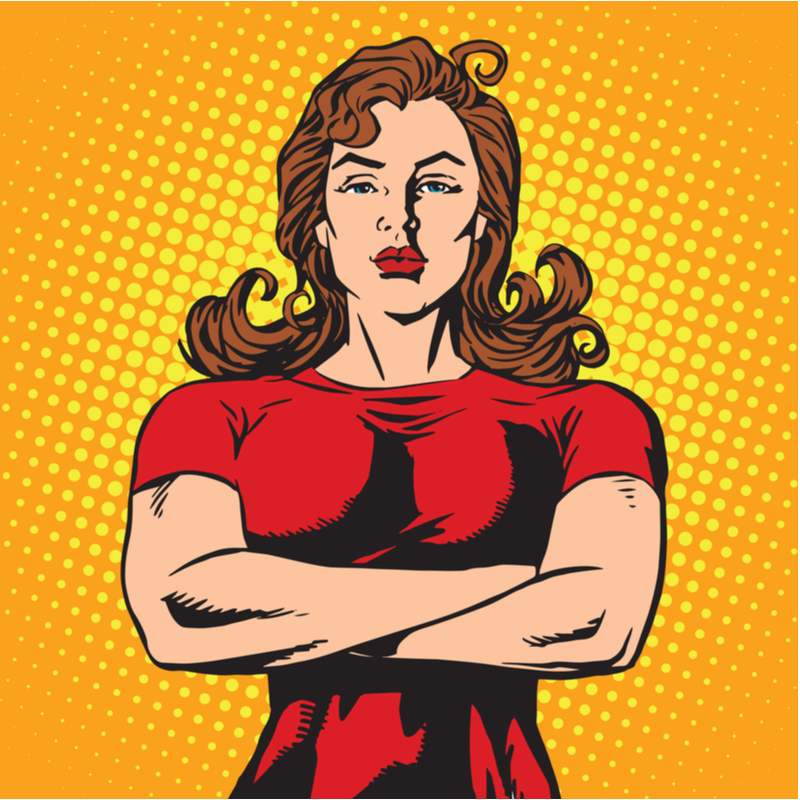 It’s a conversation that has been happening for some time now and many will think these words are too extreme – a war on women? Well… yes. There are communities across our world who want women to shut up and stay in their place, but they are NOT the majority of us.

However, if we let these people win, it harms all of us, because when we do not have equality, businesses are not as successful, GDP shrinks, and when it comes to the environment, women leadership sees significant results in the right areas.

Equality has never been more important. I’ve said it before and will say it again – equality is good for everyone.

Unfortunately, these groups, usually with extreme religious views, are long term planners and as we saw in the US this week, patience pays off.

It was, of course, the breaking news that the US Supreme Court has voted to overturn abortion rights (or Roe Vs Wade) and we heard this because it was leaked. Just the leak was news, because it was unprecedented! Who leaked it? No one knows. Lot’s of opinions, of course.

We’re seeing all sorts of news and opinions from around the world on this, and one thing that has given me hope is men jumping in, because this is not a women’s issue, it’s a human right’s issue.

But it’s also important to notice a very important part of this story. The reasoning they have used for overturning this right could be used on other rights – like the right for anyone to marry. It could also ricochet around the globe, and well, we cannot let that happen.

According to this article in Politico – ‘Supreme Court has voted to overturn abortion rights, draft opinion shows.’

“The draft opinion is a full-throated, unflinching repudiation of the 1973 decision which guaranteed federal constitutional protections of abortion rights and a subsequent 1992 decision — Planned Parenthood v. Casey — that largely maintained the right. “Roe was egregiously wrong from the start,” Alito writes.

“We hold that Roe and Casey must be overruled,” he writes in the document, labelled as the “Opinion of the Court.” “It is time to heed the Constitution and return the issue of abortion to the people’s elected representatives.”

One article I recommend, is this one in The New Yorker: ‘Of Course the Constitution Has Nothing to Say About Abortion.’

This perspective is one that has been really interesting to me in the coverage of this story, both in the media and across my community. But I think this commentary nails it:

There is no mention of the procedure in a four-thousand-word document crafted by fifty-five men in 1787. This seems to be a surprise to Samuel Alito.

And finally, this is really worth a watch!

Why this former anti-abortion activist regrets the movement he helped build – thanks for this share Vicky Coburn!

We must move the world in another direction. A world that brings us together to face the challenges we have to overcome. This decision not only moves us backwards and harms women and the poorest people in America, it also deepens the divisions that are already tearing the world apart.

This decision is not about life, because if it was, they would change the system to take care of the children once they are born. We know that will not happen. It binds women deeper into poverty, and guarantees more children will suffer trauma and not be able to live a full life. It cannot stand.

We have to get the people who have one goal – divide and control – out of power, all around the world! If you are being sold fear – of anyone or anything – those are the people who need to go. Enough!

Recycling in Phuket, Thailand, with Michelle Mouille – my friend Michelle Mouille is completely amazing. This video talks about how you can recycle in Phuket, but is relevant to Thailand. Wherever you live, take inspiration from this and find these solutions in your area. Let’s get the rubbish out of landfills and incinerators, and let’s stop it flowing into our rivers and oceans.

Believe in the Impossible it was awesome having Dr David Ko on The Know Show yesterday. Please read his article. It is time to believe in the impossible and help both Richard Busellato and David achieve this goal. It’s a real chance to overcome an enormous challenge.

How the hell do we get to equality, surely it’s time? – The amazing Dr Zsuzsanna Tungli, talking about what it’s really going to take to get to equality. Please please listen to this. We have much work to do.

Ep:106—Author & Communications Expert, Andrea T Edwards  super grateful to Mike Capuzzi, for hosting me on his podcast to talk about the authors journey. It was great to be able to reflect on that.

Testing a Mini Scuba Tank with a Hand Pump That Lets You Dive for 10 Minutes The Scorkl – Jay doesn’t know this, but we donated these tanks to 5 Star Marine, because we couldn’t blow them up either! Thanks for the giggle Jay Lashark.

I launched my daily tips for everyone to help address climate change and here is week eight. I will also be updating these ideas at this blog – What can I do to act on climate change? Actions we can all embrace. Favorite it and check in often.

Flying insect numbers have plunged by 60% since 2004, GB survey finds

10 ways you can help fight the climate crisis

Use of ‘too hot’ climate models exaggerates impacts of global warming

India’s Heatwaves Are Testing the Limits of Human Survival

The climate apocalypse is coming. To prepare for it, we need to admit that we can’t prevent it.

Climate Change Is on Track to Wipe Out Most Ocean Life

This Eminent Scientist Says Climate Activists Need To Get Real

National responsibility for ecological breakdown: a fair-shares assessment of resource use, 1970–2017

How to Be a Climate-Change Activist without Becoming an Alarmist

10 Ways Your Business Can Reduce Its Carbon Footprint

Texas stumbles in its effort to punish green financial firms

Mow problem: gardeners encouraged not to cut lawns in May

‘Looks like it’s going to get worse’: When Australia’s heavy rainfall is predicted to end

Zelensky: The making of a president

Why 9 May Victory Day is so important for Russia

Russian troops held me captive at gunpoint for two weeks in Ukraine. Here’s what I learned.

No place to hide: Dollar’s surge cuts across markets

Why NOPEC, the U.S. bill to crush the OPEC cartel, matters

Are We in the Middle of an Invisible COVID Wave?

The Great Resignation is becoming a “great midlife crisis”

Warren Buffett wants young people to know: Ignoring this is like ‘leaving a car out in hailstorms’

Of Course The Constitution Has Nothing To Say About Abortion

Politics has been turned on its head’: India reels from wave of religious violence

My 11-Year-Old Patient Was Pregnant. Here’s What I Want You To Know About Being ‘Pro-Life.’

It’s Your Friends Who Break Your Heart

Why Teens Tune Out to Mom’s Voice

Experiment Suggests That Consciousness May Be Rooted in Quantum Physics

Why Kids Make the Best Philosophers

Careful with your Johnny Depp defence.

Jane Fonda says she held a ‘life review’ after turning 60: ‘I didn’t want to get to the end with a lot of regrets’ tks Kevin Cottam