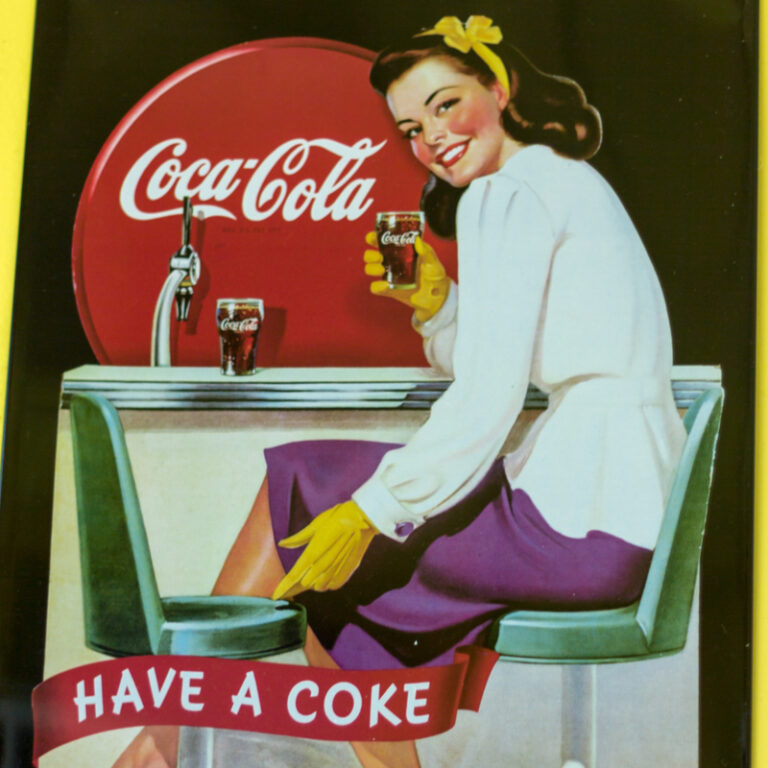 This week Coca-Cola announced plans to increase the share of beverages that come in returnable or refillable containers from 16% (currently) to 25% by 2030. According to an analysis from Oceana, boosting the use of refillable bottles by 10% across all coastal countries, instead of PET bottles, could reduce marine plastic pollution by 22%.

Coca-Cola has also set a target to collect 100% of its packaging by collecting a bottle or can, regardless of brand, for every one produced by 2025. To ensure this happens, Coca-Cola has set up collaborative partnerships with local governments and industry partners, announcing it’s already happening in Belgium, France, Germany, the UK, Norway, Spain and Sweden.

All of these countries have shipped and continue to ship waste to poorer parts of the world. So while Europe might have nice shiny clean streets, until this is managed globally, it’s not going to make a difference to the majority of the world.

Therefore, until I see information on how this will happen everywhere, I can’t get excited. Let’s be honest, succeeding in Europe is not as challenging when it already has the infrastructure in place to manage the waste crisis. Most countries and regions do not!

This announcement is also forward looking, it does not look backwards at the mess that has already been created. Not to forget, plastic production is expected to triple by 2050. When I read this announcement, I could only see it as a tiny and very disappointing commitment, leading me to ask – when are they ALL going to take this seriously?

Of course I appreciate we must celebrate good news – hey it’s progress – but as the biggest plastic polluter in the world, I am looking for global leadership to clean up not just what’s coming, but what has already entered the environment. I also want to see plastic bottles gone. Why can’t they do that?

Yes it is a big, complex, messy problem, but so many of the world’s issues are and we have to look at the problem holistically and work out ways to solve it. So no, I’m not even remotely happy or satisfied by this news.

Look around the world my friends. We have allowed a horrific waste crisis to overwhelm us and we must focus on turning it around. Coca-Cola, and the other big polluters, must lead.

Don’t forget to check out the news on the Doomsday Glacier below. The research project in Antarctica will be finished for another year soon, and they are projecting 3-5 years until the Thwaites Glacier breaks off. Tick tock, tick tock. Don’t be scared to face up to what that actually means to you, wherever you live in the world. It’s important to know.

Lots of interesting insights this week, and a varied collection on the Ukraine worth digging through.

11 Things Leaders Need To Know To Successfully Manage Gen-Z Employees – proud of Anne Phey, a wonderful lady, who has been an awesome friend and supporter to me. She’s been getting some great coverage and I’m delighted to watch her fly. Go woman.

How do we step out of the social media rage? Here’s six tips – I issued this as a series of visuals, and turned it into a blog for easy sharing.

And finally, my annual collation of environment and social content has started again. Favorite this page and use it to find reference information for your content, presentations and discussions on the issues that matter – What can I do to act on climate change? First job is knowledge.

One Ocean Summit: UNESCO calls on countries to include ocean education in school curricula by 2025 tks Francine Varner

What is a Michelin Green Star and How Do You Earn One? Tks Alexis Eyre

Astrobiologists Suggest the Earth Itself May Be an Intelligent Entity

‘This could be a transformative moment’: Coca-Cola to increase use of reusable bottles

Impacts of poverty alleviation on national and global carbon emissions

The ‘Doomsday’ glacier may soon trigger a dramatic sea-level rise

Canadian researcher on why you should care about the Thwaites Glacier

Hong Kong Can’t Live With the Virus. It Can’t Stop It, Either.

How will future pandemics affect us?

Shift From U.S. Dollar As World Reserve Currency Underway – What Will This Mean for America?

What Putin Is Really After in Ukraine – Podcast

Russian paranoia is understandable, but Putin is not Russia

The dictator’s gambit: What Putin is after on Ukraine

We spoke to 7 ex-CIA and Pentagon experts. Here’s what they say Putin wants in Ukraine.

On the Edge of a Polish Forest, Where Some of Putin’s Darkest Fears Lurk

What does Xi Jinping want?

Ukraine is in the position that it has so resolutely tried to avoid: trapped between the irreconcilable power struggles of other states.

Ukraine tensions: After eight years of war, an eastern city unifies against Russia

U.S. Battles Putin by Disclosing His Next Possible Moves

What the Beijing Olympics Reveal about China – Podcast

The Great Resignation is coming to decimate the ranks of middle management. The C-Suite should be worried

Why Simple Is Smart

Thanks to Amazon, warehouse rents have never been higher

Thread. Earlier today, the New York Times published multiple factual claims that are untrue. What happened is part of a pattern at NYT. I try to document it below in as much detail as I can.

‘Live in the future’: Zuckerberg unveils company overhaul amid shift to metaverse

A Crucial Clue in the $4.5 Billion Bitcoin Heist: A $500 Walmart Gift Card

Why hosting the Super Bowl isn’t worth it, according to an economist

‘Thanks to everyone at Asda’: success for anti-poverty campaigner Jack Monroe tks Jane Franklin

Men Are Creating AI Girlfriends and Then Verbally Abusing Them

The invisible danger of the ‘glass cliff’

HIV: First woman in world believed to be cured of virus

Her name was Vanessa Godfrey. She was allegedly killed by her husband on Valentine’s Day.

Watch: The moment a sloth was saved from electrical wires

You can read the reviews, including a five-star review on ReaderViews, my latest on BookTrib, and three more on Booklife, Book Commentary and Blue Ink Reviews. I’m also collating reviews on my Website too. Have a look and grateful to everyone who has written or recorded one.