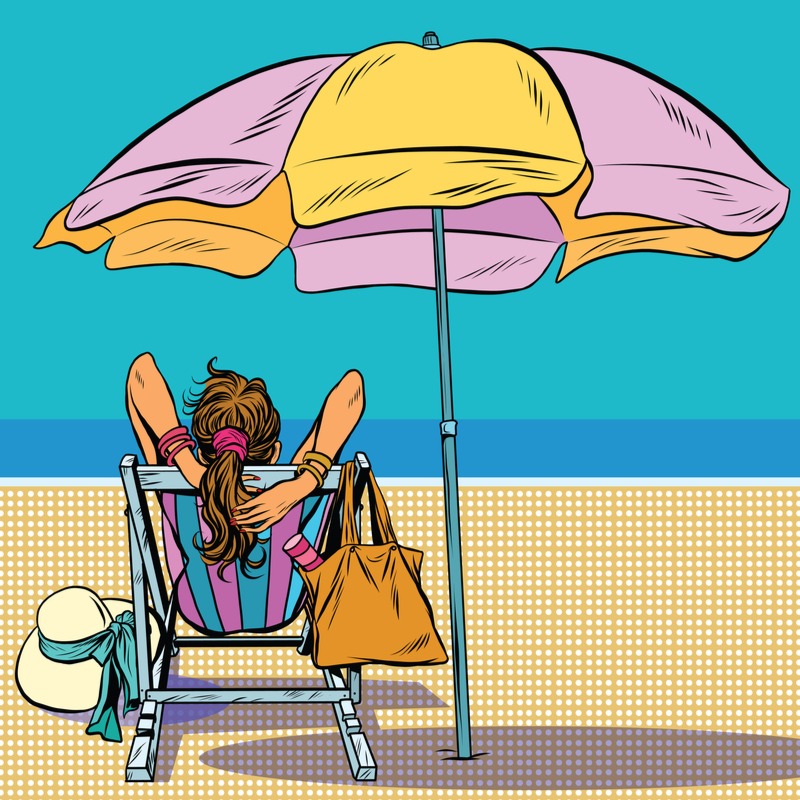 #65 Weekend reads – taking time off, switching the brain off

It’s time to switch the brain off and to do that, I’m at the JW Marriot in Phuket right now. Our family is staying here for five days and then we’re going south of the Island for another five days. We can’t leave Phuket – well we can – but have chosen to stay put until this pandemic comes to an end.

The challenge I face is, I tend to work seven days a week. Steve’s (hubby) work is more intense in a different way. Before the pandemic calls were rare. Now, everyone is online, scheduling calls at all times of the day and night. When your business is headquartered in the US and you’re in Asia, it’s always extremely challenging, but more so since this pandemic started. However, we can’t complain, and we’re lucky too because work is still coming in.

Regardless, rest is important and we haven’t had a proper holiday for two years. The kind where we switch off completely. And after this third wave smashed Asia, we knew we had to take a break to try to relax, just for a few days. Just not having an office to walk into every single day is a break for me. It’s something I can’t avoid when I’m at home. I know many are in the same boat.

So just a reminder to take a break if you need to. None of us are good working every hour of every day. It’s not good for our mind, body or spirit, and of course, we also need to feel good about it when we do it. I know the vast majority of humanity are suffering terribly during this time, which can make us feel guilty to focus on ourselves. But when we keep ourselves strong, we can better serve those in need around the world.

Regardless of having a break, my weekend reads continues. That’s something I’ll never stop doing. Maybe I’ll read even more – apologies in advance if I do.

Episode 90 Quintessentially good with Jade and Hillary is a podcast by two friends, Jay Leshark and Russell Distance Russell. Always fun and cheeky, this week features my friend  Jade Lama and her partner Hillary. Jade is someone I have enormous respect for, in how she has handled herself and her business during these extremely challenging times. Have a listen.

And this lovely article The importance of ‘flow’ by David Braga. A HUGE struggle I face every day.

And the second episode of Sustainability at Heart by Freda Liu – featuring three awesome humans – Avi Liran, Andrew Chow and Marianna Pascal. Have a listen and be inspired.

Please have a listen to this

If everyone gave #just10percent of their time, talent, money or voice, we’ll change the world. Can you donate? Make it a regular donation to the World Food Programme. Help us feed people in Phuket. Or donate to the UN Refugee Program, PowerOf , Kiva.org, Soi Dog Foundation. It’s a time for giving and taking care of each other.

The cost of cooling: how air conditioning is heating up the world

Why Extreme Heat Is So Deadly

Vaccinated People May Spread the Virus, Though Rarely, C.D.C. Reports

As Virus Cases Rise, Another Contagion Spreads Among the Vaccinated: Anger

Could Covid vaccine be taken as a pill?

Here’s what we know about the C.D.C.’s new mask recommendations for vaccinated people.

Is going ‘back to normal’ even possible?

Let’s Give Simone Biles a Gold Medal for Courage.

Simone Biles and the Weight of Perfection

Are You Allowed To Criticize Simone Biles? : A Decision Tree

There She Is – tks Pattie Grimm

Opinion: Norman Lear: As I begin my 100th year, I’m baffled that voting rights are still under attack

The Republican Party Is Now in Its End Stages

Fourth America is Almost Over — Americans Want a Divorce.

How Science Lost the Public’s Trust

Trump’s Business Hauled In $2.4 Billion During Four Years He Served As President

Leaving burnout behind: the pain and pleasure of starting a new career in my 50s tks Sue-Yen Wong

The Employer Brand Imperative: Why It’s More Important than Ever

Phuket Sandbox Is Open But The Locals Are Still Suffering

The price of ignorance

Unknown Stories Revealed by Fixed-Point Cameras – this is amazing!!

Another “monkey war” in Lop Buri, hundreds fight in the street- VIDEO