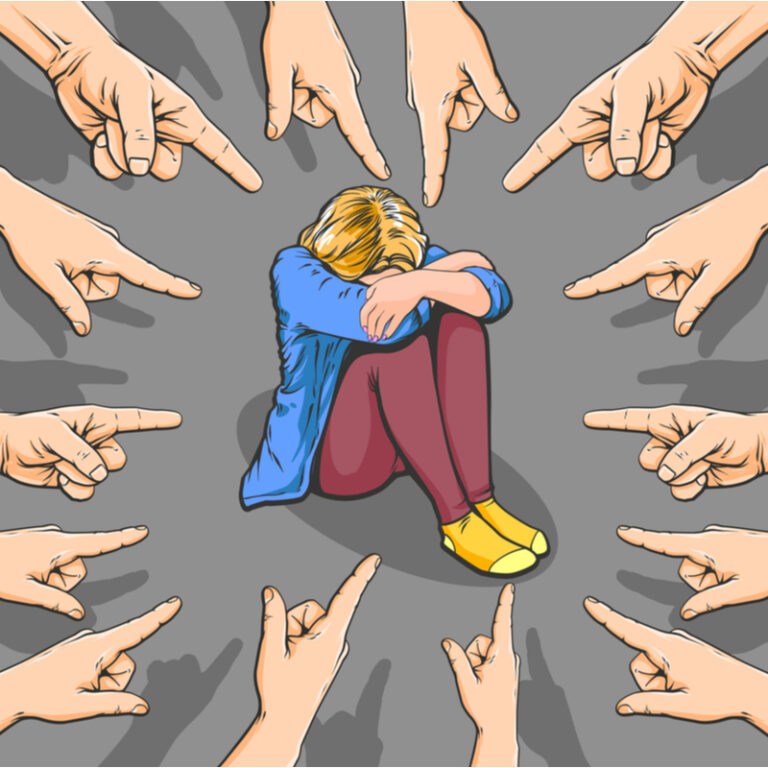 #55 Weekend reads – what it feels like to be scapegoated

In recent weeks I was part of a community scapegoated. I’m not going to tell you what or why, because the reason it happened is because I can’t speak up against it due to possible negative ramifications, which is why “we” were scapegoated in the first place.

As far as I know, no one has been harmed because of this, but that isn’t always the case.

We’ve seen the terrible assaults inflicted on Asian people around the world, scapegoated due to the pandemic, with cruel and thoughtless politicians making it worse.

More recently, we witnessed the assault on a lady in Singapore, who was of Indian race and we all know the catastrophic situation in India was the reason for this hate crime. It was because she was Indian and therefore, in the abusers mind, I’m sure he saw her as a risk to him!! Terrible.

Please, please, please, do not get caught up in scapegoating any community for any reason, and please stop others doing it too. Smearing an entire race of people during this pandemic has been horrible, but it’s something that has happened throughout human history.

We too willingly accept this narrative too…. all Mexican’s are rapists and all Muslims are bad! Truly, to bring our world back together, we have to acknowledge that this divisive rhetoric is too prevalent, too many believe it, and we all suffer the violence and hatred out the other side – directly and indirectly.

Like I said, I experienced it recently. I didn’t like it at all, but I only got a taste of what it feels like. I have no experience of how truly horrible and violent it can be, and to be honest, I hope I never find out. Let’s do everyone a favour and stop doing it. All groups of people are not the same. Heck we’re not even the same as members of our own family.

If your media, governments, or leaders in your community are pitting you against an “other” and tarnishing them with hate, it’s time to really start questioning that, as well as the leaders motives. Divided we can be controlled, united it’s not so easy.

How To Stop Feeling So Stressed my friend Dr. Margie Warrell is a powerhouse. Check out this blog if you are feeling stressed – which wouldn’t be unusual at the moment.

Editorial learnings from an aspiring musician as someone who grew up in a musical family, I really enjoyed reading Howard James piece. It is so spot on!

And I published Employee advocacy – how do I get started? this week, following my guest roles on #SEMRushChat. I hope it’s of value to those struggling to make sense of employee advocacy.

And don’t move on until you think about who you can support right now. Perhaps the World Food Program., UN Refugee Program, PowerOf , Kiva.org, Soi Dog Foundation. I know not everyone is able to do it, but if you can afford to be generous, now is the time to help your fellow human.

If you are interested in feeding those without food in Phuket, we have a #OnePhuket WeBoon account. We’d appreciate any support you can provide.

Antarctica is headed for a climate tipping point by 2060, with catastrophic melting if carbon emissions aren’t cut quickly

The Largest Iceberg on Earth Has Just Broken Off of Antarctica

Water so toxic ‘it could burn your eyes’

We found a secret history of megadroughts written in tree rings. The wheatbelt’s future may be drier than we thought

Millions of electric cars are coming. What happens to all the dead batteries?

Impact Of Covid-19 On The Sustainable Development Goals

Climate Point: Helium mining lifts off in the Navajo Nation

Move over, Death Valley: These are the two hottest spots on Earth

Half of emissions cuts will come from future tech, says John Kerry

India coronavirus: Tracing a family’s journey to save a life

Border hardliners got their way. Now what?

The Pandemic Has Split in Two

Man Vying For Cheney’s House Seat Impregnated 14-Year-Old Girl When He Was 18, Compares It to ‘Romeo and Juliet’

Melbourne should fuck Murdoch off out of town

When it comes to media reporting on Israel-Palestine, there is nowhere to hide

When we return to work, it’s nomadic or nothing  tks Kevin Cottam

Australians Took Over Hollywood. Their Own Box Office Had to Wait.

The hidden perils of unresolved grief

‘Follow Your Passion’ Is The Worst Career Advice—Here’s Why

She is the Guarded Widow Inheriting $90 Billion Banking Empire

Asia: The highway of value for global logistics

Knitting a road with stones and string

Is the dream over? Amid China’s trade war, producers grapple with new world order

‘You dig very deep to get here’: Becoming a first-time mother after 50

Sex, schoolkids and where it all goes wrong tks Phillipa Edwards

Aged 10, he was found on Fortnite and groomed on Snapchat, and he’s not alone

Anxiety When There’s a Lot to Be Anxious About

In defence of Keanu: humanity’s gentle emissary, who never claimed to be a great actor

Friends: 7 things the trailer reveals about the reunion

Did Descendants of Cleopatra VII Survive and Produce the Legendary Queen Zenobia of Palmyra?

The TV shows that reveal the real France

Rumi’s most Powerful Poem on Welcoming our Emotions.

A New Look at a Wicked Emperor

Pythagoras the Hermit: the Pythagoras Cave on Samos

This Is What Happens When a Submarine Hits An Underwater Mountain

PrevPreviousEmployee advocacy – how do I get started?
Next#56 Weekend reads – are you owning your learning and upskilling journey?Next