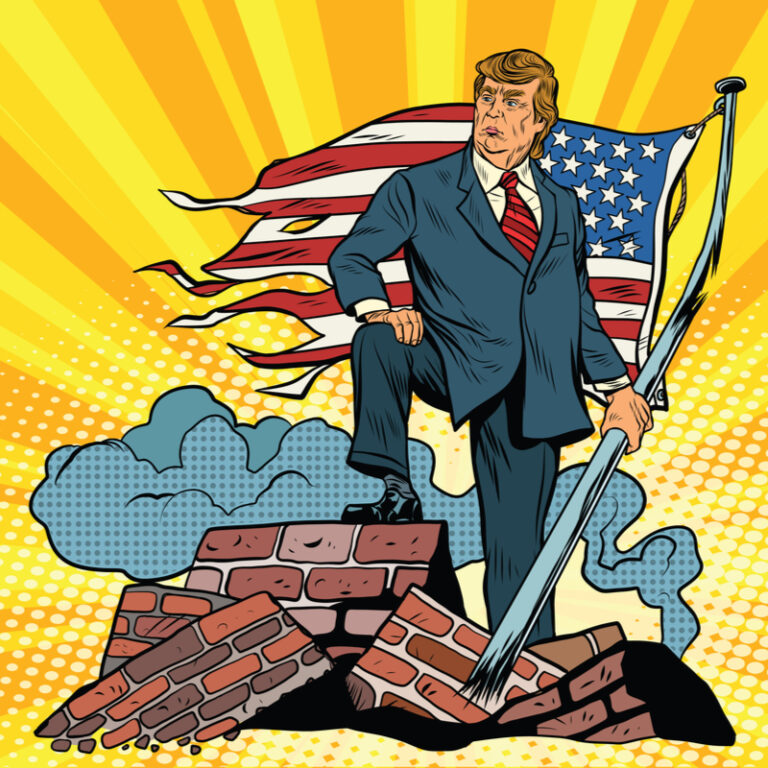 Was anyone surprised by what happened in the US Capitol this week? I have to be honest, my only real surprise was it wasn’t bigger, more violent and a lot more deadly. I suppose that’s what happens when you don’t use violent force against protestors. They have nowhere else to go!

For the last four years, I’ve wondered how Donald Trump could top his last shocking action or comment – which he has done again, and again and again. I mean, can you make sense of the man? I was speaking with my hubby about it and we realized putting ourselves in his shoes is absolutely impossible, because he’s unimaginable.

Is it because of his high level of narcissism? Maybe. My husband believes he’s either really smart or really stupid, and he’s still not sure which one. I came to the conclusion this week, that he must be the most extreme example of someone who has no thought for or comprehension of consequences. He says and does whatever the hell he wants and then designs a narrative to suit him after-the-fact.

Are either of us right? Who knows. I will definitely watch #Unfit to try and get a better understanding of the man from professionals.

Another interesting aspect of the story this week was how quickly the right blamed Antifa for the violence. Seriously, they can’t even take responsibility for their own actions? Not surprising really, considering their leadership.

Did you watch some of the interviews with the protestors? They really believe the #StopTheSteal narrative, and they are not all mad, they are just seeing different news to the rest of us! The media and information channels are OUT OF CONTROL and need to be addressed, AND finally held accountable. Rupert Murdoch number one!!

Not to mention the video (below) with Lindsay Graham begging the Democrats not to Impeach the President because it will further divide the US. Seriously? You boys ever going to take some responsibility for creating and enabling this? There is no much head smacking going on this week.

If you haven’t managed to keep up with what’s been going on, scroll down to Global Politics and you’ll see plenty on the topic. I don’t know who wins biggest moron of the week in the Trump inner circles. I think Giuliani has got it again. That man, sheesh!

Tell me your favourite, most surprising, or most shocking moment of the week? Would love to know.

Southeast Asia, we need to talk about bilge dumping

Why 2021 could be turning point for tackling climate change

Could a plastic tax be coming to Asia?

$5B Rockefeller Foundation, built on oil, divests from fossil fuels

Court Says No to Drilling for Oil in the Arctic, a Huge Win for Polar Bears

Circular Economy and the 2030 Agenda

Veteran US broadcaster Larry King ‘in hospital with Covid’

Are Covid patients getting younger?

Scotland to go into full lockdown at midnight, Sturgeon announces

The Lindsay Graham interview on Fox. Worth a watch.

Pentagon placed limits on D.C. Guard ahead of pro-Trump protests due to narrow mission

Keilar on GOP: When you sell your soul, there’s a debt to settle

Elites Have Extracted What They Needed From Trump. Now They Can Discard Him. Tks Joyce Ano

Arnold Schwarzenegger on why Republicans must stop Trump

An Insurgency From Inside the Oval Office

Threats of violence and the virus grip Capitol Hill

Sen. Ted Cruz to Democrats calling for his arrest over election audit: ‘Calm down’

Giuliani to Senator: ‘Try to Just Slow it Down’

Trump Is to Blame for Capitol Attack

Trump is responsible for the violent storming of U.S. Capitol

Trump presidency and Capitol siege: What is the 25th Amendment?

Capitol riots: A visual guide to the storming of Congress

#UNFIT The Psychology Of Donald Trump

Redistricting will impact Texas politics for the next 10 years. Here’s how it works.

Amazon Is Booting Parler Off Of Its Web Hosting Service

Some CEOs Fire Rioters, Call for Trump’s Removal From Office

Slack and Zoom were distracting our teams. Here’s how we regained focus

Is the Asian Century inevitable?

A different world: could 2021 be the best year for a generation? tks Aysen Yilmaz

Why the Amazon, JPMorgan, Berkshire Venture Collapsed: ‘Health Care Was Too Big a Problem’

Bosnia: Icy struggle for many migrants stuck in freezing tents

Understanding the Menace of Radicalisation

Australia-China row: ‘I’m Australian – why do I need to prove my loyalty?’