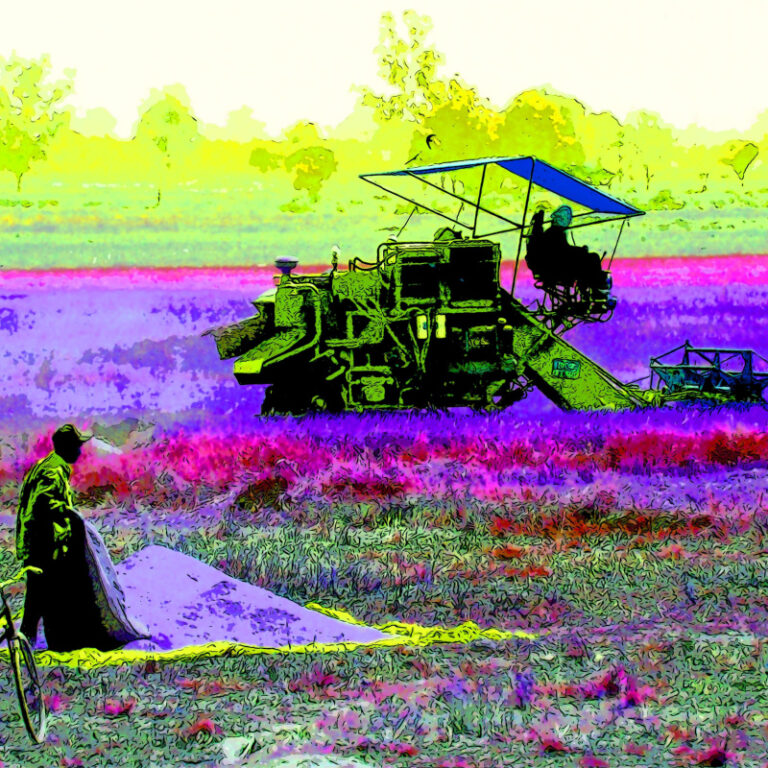 #105 Weekend reads – famine is here and the projections are alarming

The story I have been following for some time is the famine on our doorstep. It is already here, our fellow humans are suffering and it’s becoming more alarming every day. The Ukraine war is obviously a huge part of why this is happening, but the biggest impact is from extreme weather events – from drought to rain to fire. This will continue to escalate if we don’t get the message that business-as-usual is over.

Living through the pandemic in Thailand and seeing the massive economic impact it had on my neighbours and the poverty and suffering it created, I don’t know how my heart is going to cope with what is happening on a much bigger scale right now. I did everything I could to help then and I will continue to help in all the ways I can, but it is absolutely heartbreaking to see this suffering unfolding and impacting so many people in our world. Are you feeling this heartache too?

We must bring the world together to help those impacted the most – both those living in poverty in wealthy countries, and those living in countries devastated by events outside of their control. No one should starve in this world. Our leaders across the world are consistently failing humanity and it’s time for radical change. All of this was predicted and no action was taken to stop it. The worst part is, it’s going to get worse, and it will only get better when we wake up and change.

One more suggestion, please take care of your empath friends. They will carry the pain of human suffering heavily in their hearts. They need love and understanding, but an even better way to help them is for all of us to get to work.

I really encourage everyone to pay attention to this, because if we unite and work together, we can overcome together. It’s the only way.

Some articles to look out for below

And of course, another big news cycle this week was from the World Meteorological Organization (WMO), which issued a press release this week, titled: Four key climate change indicators break records in 2021. The essence of the message?

Four key climate change indicators – greenhouse gas concentrations, sea level rise, ocean heat and ocean acidification – set new records in 2021. This is yet another clear sign that human activities are causing planetary scale changes on land, in the ocean, and in the atmosphere, with harmful and long-lasting ramifications for sustainable development and ecosystems, according to the World Meteorological Organization (WMO).

Extreme weather – the day-to-day “face” of climate change – led to hundreds of billions of dollars in economic losses and wreaked a heavy toll on human lives and well-being and triggered shocks for food and water security and displacement that have accentuated in 2022.

In another article: Climate change sets a string of records, from atmosphere to the ocean it states: the past seven years have been the warmest seven years on record, according to the authors, highlighting an overall warming trend that has seen each decade since the 1980s warmer than the last.

“The report highlights that atmospheric CO2 has now surpassed 420 ppm in 2022,” commented Dr Tom Mortlock, an Adjunct Fellow at Australia’s Macquarie University. “To put this into perspective, ice core records in Antarctica suggest that atmospheric CO2 naturally fluctuates between 150 and 300 ppm. We are now probably 40 per cent above natural levels of CO2 experienced over the last million years of Earth’s history, and this has all happened in the past 150 years. It is now unequivocal that this recent period of warming has been driven by human-produced greenhouse gas emissions. If we want to avoid the worst impacts of climate change, we must limit warming to 1.5 °C in line with the Paris agreement.”

I appreciate that hearing about climate change and the overlapping crisis’ in our world is hard to listen to, and most would prefer life just continued as normal. I wish for that too. But I know we can’t ignore it anymore. We must act.

So let’s all rise up and demand that we come together, as a global society, dedicating the next decade to transforming our world, so future generations have a chance of a life versus a catastrophic breakdown of our environment. There is still time to secure a better future. It won’t be as it was in our lifetimes, but it won’t be the apocalypse many are predicting. The choice is ours to make.

Do we wait and put our heads in the sand? Or do we act decisively? I’m game for the latter if you are?

Why aren’t we intervening? – an incredibly powerful piece by my friend Jane Franklin, with a contribution from someone in her family. It is time to intervene. Please read. We need to accept all expressions of humanity if we are to evolve to meet the challenge facing our world.

Self-worth and women – the unique challenges we face and how to overcome (part 2) a privilege to co-host this podcast with my amazing friend Cathy Johnson, and we were both blown away by the vulnerable sharing of three truly remarkable women – Avni Martin, Yasmine Khater and Kat van Zutphen. Thank you ladies.

Andrea Edwards: Having the Courage to Trust your Intuition – I was thrilled to be invited onto Dean Newlund podcast, The Business of Intuition. We talked about intuition of course, but also courage, how we are marketed fear and the importance of accepting and celebrating intuitive intelligence in your organization, rather than only relying on data. Intuition is a form of data gathering after all. We talked about lots of other stuff too. If you have a chance to listen, let me know what you think?

Goodbye greenwash! How the law is being used to force corporates to act on climate change

What If Banks Had to Disclose the Climate Impact of Their Investments?

What is the Biodiversity Crisis?

Australian researchers show solar power can be generated at night

The extraordinary heat wave in India and Pakistan, explained

The longest river in Italy is drying up. What does this mean for those who rely on it for food?

Theatre of the absurd

Climate change sets a string of records, from atmosphere to the ocean

How to pick a great scientific collaborator

More Than 75% of the World Could Face Drought by 2050, UN Report Warns

How 12 key industries can cut emissions in line with 1.5C

Purpose and practice: how capital markets can create a sustainable future

‘On Easter Sunday I was alone in a cell’

Rice is Sacramento Valley’s gift to the world. Can it withstand California’s epic drought?

COP26 chief: Leaders must do more to honour climate promises

Cumbria coalmine redundant before it even opens, say campaigners

‘This is about survival’: will Cop27 bring action on Glasgow climate pact?

The U.S. pledged billions to fight climate change. Then came the Ukraine war

Collapse is Coming. An Unsustainable Society Will Not Last.

A Messiah Won’t Save Us

Marianna Vyshemirsky: ‘My picture was used to spread lies about the war’

What Would Finland Bring to the Table for NATO

‘Where are you going to not be a bulldozer?’: Tracy Grimshaw pins Morrison on whether he will change

How a Group of Female Independents Aims to Revive Australian Democracy

Why oligarchs choose London for their dirty money – Nicci McShane

A recession isn’t a certainty just yet, Harvard economist says

With Gas Pumps All but Dry, Sri Lanka Faces Its ‘Most Difficult Time’

At 78, Investor Preps for ‘Biggest Bear Market in My Life’

Wall Street titans warn a recession is imminent but its not that simple. Here are the warning signs you need to understand.

Musk’s get-out-of-Twitter card is worth $5 bln

7 lessons about finding the work you were meant to do

Bonuses are outdated in the age of knowledge work

My depression was so acute I tried to resign. Now, I’m KPMG’s chief mental health officer

In the other Washington, Boeing’s future is far from clear tks Patrice Robinet

A manifesto for human well-being

Why Tucker Carlson Should Want the Buffalo Manifesto Made Public

What COVID Hospitalization Numbers Are Missing

Long Covid Symptoms and Treatment: What We Know So Far

How Often Can You Be Infected With the Coronavirus?

Explainer: What is monkeypox and where is it spreading?

The 7 types of rest that every person needs

How to spot if society is DOOMED: Researchers reveal the signs that show civilization is set to collapse

Sailors from my old ship are dying by suicide. I may know why

Worry and fear as US faces baby formula shortage

Military List of UFO Sightings Has More Than Doubled in the Past Year, Navy Official Says at Hearing

The Sadness of Kevin Samuels’ Life and Death