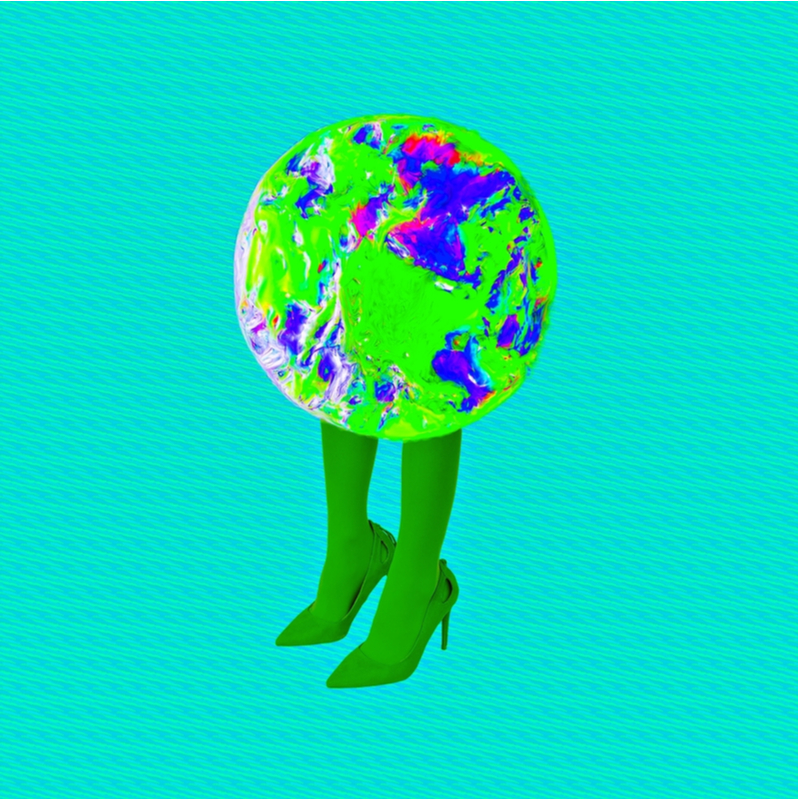 We “celebrated” Earth Day this year, which started in 1970, the year of my birth. Here’s a little video of one thing we’ve achieved in this time…

The big statement that took me by surprise in recent weeks (and knocked me hard), is the message from scientists – they weren’t expecting what is happening in the environment to happen until 2050. So the escalation is real, frightening and the voices are more extreme.

Is it any wonder scientists are super gluing themselves to buildings? They’re sick of crying in anguish and horror at what we are doing to ourselves, and they want to do something more to help focus the attention where it needs to go! We ignore them at our peril.

We’ve seen some massive news in regards to the climate in recent weeks. From the extreme heat in the two poles at the same time, the Conger Ice Shelf in Antarctica collapsing (always considered a safe shelf), and the Thwaites Glacier (or Doomsday Glacier) is expected to break off any time now (within a decade) and while a precise forecast is impossible, it’s clear where sea level is headed: Up, possibly a lot, possibly soon.

There are two other trends you’ll see on social media right now. The rise of the Doomers and people sharing their eco-anxiety in public.

The Doomers do not think there is any hope left, because we have gone too far. I do not disagree with them. We have. BUT the one thing they all say consistently is, we can’t succeed because our leaders won’t do the work needed, and we won’t change to ensure a live-able planet.

This is where I’m taking my message – to all of us, so we can change to ensure a live-able future. You, me, everyone on this planet. We are the hope.

And to those expressing eco-anxiety. I feel your pain. It is a VERY challenging truth to face. My advice is to feel all of the emotions rushing through your bodies and when you’re ready, come and get involved. We have no time and action everywhere is what’s needed right now. But you can’t avoid this stage – try not to resist it, or it will last longer.

Some headlines to look out for

Mastercard Links Compensation for All Employees to ESG Goals

Stop climate change? We have the tools to end greenhouse emissions now

1.5 vs 2C: What difference can a lousy half a degree of global warming make?

Thawing permafrost is roiling the Arctic landscape, driven by a hidden world of changes beneath the surface as the climate warms

Explained: How heatwave might thwart India’s dream to feed the world

Oh and this one – The Great Starvation is coming, and the world must prepare for it.

And on it goes.

Please read and learn. We have no time to lose (none at all) and the only way to get committed to action, is to know what we’re dealing with.

We have to change how we live and we will make these changes one way or another. We decide or nature decides. There is no other way. But we can decide. Every single one of us has to decide. WE are our only chance. Please, join the fight of our lives.

How I get it done: Stephanie Dickson, founder of Green Is The New Black – inspiring as always from Stephanie Dickson. Steph has achieved incredible results, but it’s not always an easy ride!

Women Continue To Be Underrepresented In Tech Leadership great article by Arati Ranade laying out the path for more women in technology leadership roles.

The social leadership manifesto, managing teens on social media, and so much more – thrilled to speak with Tara Moody on this podcast, where we discussed The Social Leadership Manifesto and so much more, she even started interviewing me 😊

A chapter from my book Uncommon Courage: an invitation, and a reminder to learn to Trust your own counsel – we ignore our wisdom within all the time. It always has the answer.

I launched my daily tips for everyone to help address climate change and here is week five. I will also be updating these ideas at this blog – What can I do to act on climate change? Actions we can all embrace. Favorite it and check in often.

The Great Starvation is coming, and the world must prepare for it

Navigating through muddied water or is it an oil spill?

Do we need to stop flying to save the planet? We ask an expert

Podcast: ESG – how can we measure how ‘good’ companies are?

‘Impossible to work after 10 o’clock in the morning’: India swelters in hottest March in 122 years

How heatwave might thwart India’s dream to feed the world

‘Mountain of trash’: how Gibraltar was almost buried under post-Brexit rubbish pile

Flooding has killed hundreds in South Africa. What is behind the disaster?

Why is the number of heatwave days rising in India? Scientists blame climate change

Across the Boreal Forest, Scientists Are Tracking Warming’s Toll

No, Global Warming Will Not Be Overturned By A Paradigm Shift

Sustainability x Advertising: “Without the Work the Ad Industry is Doing on Behalf of Fossil Fuel Clients, It Is Much Harder for Putin to Carry Out This War” tks Alexis Eyre

What Is a Blue Ocean Event and How Will It Impact Global Climate?

Research reveals how much fossil fuel industries get from government subsidies

Thawing permafrost is roiling the Arctic landscape, driven by a hidden world of changes beneath the surface as the climate warms

1.5 vs 2C: What difference can a lousy half a degree of global warming make? tks Susanna Hasenoehrl

An ocean of noise: how sonic pollution is hurting marine life

As Russia’s War In Ukraine Disrupts Food Production, Experts Question the Expanding Use of Cropland for Biofuels

Here’s the thing about that dire climate report: We have the tools we need to fix things

Why everything will collapse

Mariupol steelworks: ‘We have wounded and dead inside the bunkers’

How Russia replaces Ukrainian media with its own

Mariupol defenders will fight to the end says PM

The war in Ukraine has exposed the west’s refugee hypocrisy

The Oil Market After the War

Tucker Carlson Exposes His Insecurities In ‘The End Of Men’ Trailer

Why Johnson must be removed

Rwanda plan is ‘against the judgment of God’, says archbishop of Canterbury

What if Le Pen leads France?

COVID-19 group size limit to be removed in Singapore, all employees can return to the workplace from Apr 26

85% of Shanghai Expats Rethinking Their Future in China

The German Expat Phone Call That Went Viral in Shanghai

Never Had Covid? You May Hold Key To Beating the Virus

Why Netflix is suddenly losing subscribers

The truth about the ‘great resignation’

Why we fawn in the face of fear tks Phillipa Edwards

‘People Thought I Didn’t Care — I Did.’ Nicolas Cage Sets the Record Straight

Why American Teens Are So Sad

As New Zealand emerges from pandemic isolation, citizens queue up to leave

Michelle Yeoh Breaks Down In Tears: This Role Is ‘Something I’ve Been Waiting For’

The Cast of The Wire, Then and Now