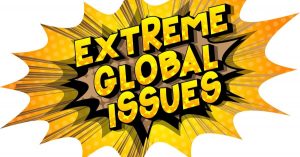 What is the first thing we need to do to address climate change?

The other thing that keeps coming up when I talk with people about climate change is the question: what can I do?

Here’s something you can do

Read, watch, and get absorbed in this information for a couple of days or more if you can do it.

I know you’re busy, I know you have a lot on your plate, but I believe the number one thing everyone needs to do is understand how bad it really is. We owe that to ourselves.

This is not a quick fix, although I’m making it as easy as possible by collating all of this information in one place. Something you can come back to when you have time.

But understanding this situation will require time and investment, and it is definitely worth that time. You may not feel great after doing it (it’s not happy reading and it had a big impact on me), but without knowledge and acceptance of where we are, we’re not going to do what needs to be done.

I believe we all need to know what we’re facing, because until we do, the push for the massive changes needed is not going to happen. It can’t, because it is only our united voice that can get governments, businesses, the media, and other important groups, on the bandwagon of big change. Without our collective will, we can’t succeed.

So I’m making it easy for you to learn

Everyone tells me they are overwhelmed by all of the information out there. I get it. I live in this world of information and while overwhelming, it doesn’t bother me so much. I’ve learnt how to navigate it and besides, I like it. Knowledge is such a gift.

I’m also one of those weird excessive consumers of knowledge and have no problem navigating through it, so I realized this is a way I can take action, by packaging it up for you.

I can collate and share the information I find valuable; however, I’m also expecting you to see this long list of articles and think: CRIKEY, how am I going to get through all of that?

You don’t need to read it all. Read some or read the one’s where the headline captures your imagination. Agree to read five, 10 or 20. Even better, why not take a weekend off and read it all? Or take a couple of days off sick and invest in it?

The most important thing is don’t ignore it. We can’t keep ignoring it. We need to know so we can act, and we need to do it right now. Because what is more important than a future for all of us? Nothing else really matters right now. Truly.

Even if you read it and still don’t think it’s an issue, that’s fine. At least you gave it some decent consideration!!

Is it all bad?

Of course not. Here’s some hopeful articles and research…

If you are not a believer in climate change or global warming, that’s fine. I really don’t care. Hopefully you are a believer it’s time to stop drowning our planet in rubbish?? I hope so. That’s revolting for all of us.

The reality is, no matter where you stand right now, just invest in reading what I’ve shared here. What matters is knowing we’re up against a huge challenge – one we must overcome.

If we all know and start taking this seriously, we can start making change.

Sharing this with love and hope in my heart. I will also start sharing actions we can all take as follow-on.

PrevPreviousIs the voice in your head stopping you from embracing a better future?
NextIs there a way to deal with the trolls, the bullies and the haters online?Next