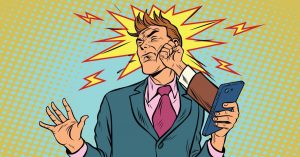 Is there a way to deal with the trolls, the bullies and the haters online?

If there is one issue I wish I could fix, it would definitely be getting rid of the revolting people that plague the online world.

As a female blogger, I’ve had my fair share of revolting nonsense and every time it makes me step back for a bit and reduce my voice. Because why would any sane person want to keep putting themselves out there to receive abuse?

I got horrible comments recently, and the irony of it all was, the post I shared was asking people to stop attacking women, or attacking women’s appearances, following a news story that broke. I wasn’t commenting on the actual story, but the condemnation that happens beyond the story. That is what I’m against.

If you want to understand the impact of trolls and bullies, please watch this video

Thanks to Chris J Reed for sharing it with me. Monica Lewinsky is such an inspiration!! However, Chris also understands this reality. No one deserves abuse. No one. Especially people who’ve got the guts to give it a go and project their message into the world. It’s hard to do it.

Recent highlights of big moments of ugliness online include Australia’s Tayla Harris – a phenomenal athlete that deserves nothing but praise.

And we cannot ignore the fact that it is the spreading and acceptance of online hatred that results in incidences like the Christchurch Mass Murder.

I am glad we are starting to address this in its totality – including white supremacy. While the media are not being kind to Facebook these days – AT ALL – it was good to see Facebook finally Standing Against Hate. Progress? Let’s hope. Could they have done it sooner? Of course. But at least it’s started.

I believe ANY HATRED expressed is part of the bigger problem. It all adds up. When we accept small incidences of hatred, it leads to broader acceptance of it in our lives – both online and off. Therefore, let’s all commit to not being haters and making sure we don’t support them either.

We can’t let the trolls silence us

But we must be strong too. When you have a goal to do no harm and are trying to be one of the people making the world a better place, it really stings when the eyes (and keyboards) of trolls land on you.

Although, compared to many, I have had a pretty good run – no rape or murder threats yet – and professionally, it hasn’t been too brutal. My other profile can get a little more interesting.

However, every time it happens, as quickly as I can, I shake myself off and get back to it. Because if I don’t, I allow these people to win. And the collective majority of decent humans in the world cannot allow that! We can never let these people close us down. We need to close them down.

But is it even possible?

So, here’s some ideas and I’d love to hear yours too

If you want an example, go and look at a famous person on LinkedIn and check out the comments. One example I saw recently was GaryV . Below are two of the comments. Love him or hate him, he’s not doing any harm, so why not just move past him?

What do you think? Can we solve this problem? Do you have any other ideas? Or another point of view that shows how complicated it is to solve? I certainly know I don’t have all the answers – as is apparent in this post. Let’s tackle this scourge together. It definitely starts with each of us.

PrevPreviousWhat is the first thing we need to do to address climate change?
NextUnleash your voice, own the stage, create the future you wantNext