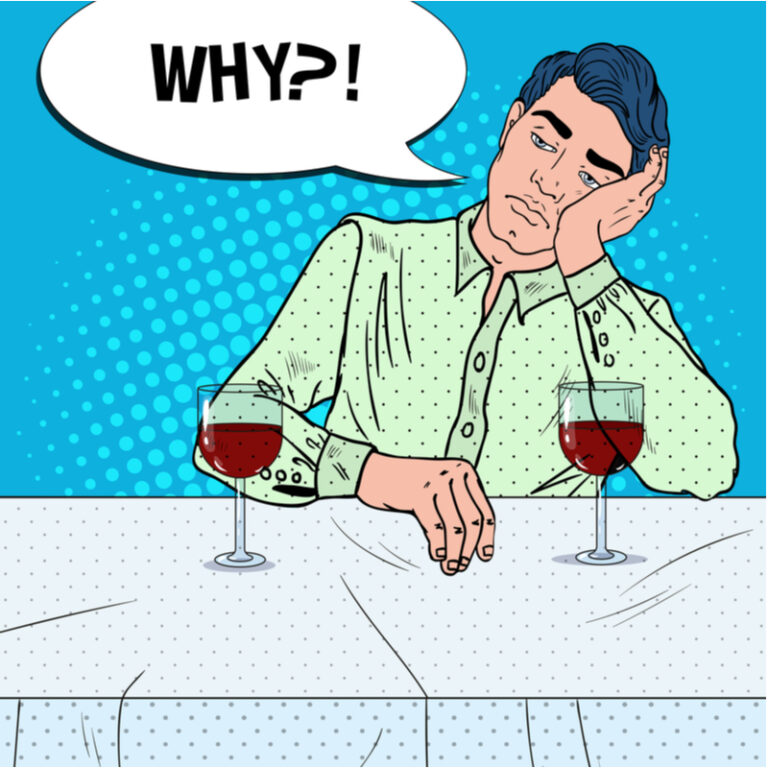 Since I started my Weekend Reads more than 94 weeks ago, no question this time is the most challenging. We are all facing so many unknowns, with a potential reordering of the world as we know it, so if you are really struggling, it’s OK to step back from the news if it’s crushing your spirit.

As someone who isn’t stepping away, this is how I cope and I want to offer it to you, in case it’s of value. I never sit in fear of the worst possible scenario, because there are many potential outcomes. I believe if you can try and focus your energy and attention on the great possibilities, it’s a lot easier to cope.

There’s an old saying: where the attention goes, the energy flows, and focusing on the most fearful outcome won’t change anything, it just makes life harder. Many believe our thoughts create our reality, and this isn’t just for individuals, but could also make a difference globally. You may think that’s rubbish, but I’ll tell you something, it’s a lot better to be in this mindset.

As I’ve been watching my community across social media, the feeling of uselessness is strong. I mean what can we do? I suggest taking hope from the amazing unity we’re seeing across the world, and perhaps this is the time we regain trust in our governments? We haven’t seen this level of unity in a long time. For me, it’s a good part of the story during a dark time, and it’s on our leaders to navigate the best outcome for this time.

One shining light is President Zelensky, as well as his wife, Olena Zelenska. The president is showing great courage and is an example to the world of what true leadership looks like. From my perspective, Zelensky is a man who has seized his moment and I don’t believe Putin expected that. I hope his influence and example ripples out around the world and encourages other great people to step up and seize their moments too, because we have many challenges to overcome.

Look out for A Prayer for Volodymyr Zelensky in The Atlantic.

No question, none of us know what’s coming and it’s an incredibly unstable time. One thing we do know is that the world is now different and it could take years or even decades before we know what that will look like and how it will impact us.

Of course, the nuclear side of this war is very challenging to take on board. From all I’ve read over the years, if this war goes nuclear, it’s the end of life on this planet. Yes, end. We can’t afford nuclear war. Just read the IPCC Report below.

I suppose we must ask ourselves: is Putin capable of doing that? And that’s what we don’t know, because Putin is coming across as unrelenting, but that’s also the game of war. He also appears not to have given himself an exit, so what is he willing to do? What’s his plan? What about his advisors? And the Oligarch’s suffering the impact? Not to mention the Russian people.

We just don’t know. All I can do is believe in the goodness of the human spirit, which is why I really resonate with the idea: where there’s life there’s hope. We have so much uncertainty ahead, so protect your mind and heart if it’s just too much, but remember, where there’s life there’s hope. Our global society can rise to this moment and create a better world. We can, but for now, it’s hard. Take care of yourselves.

Caring Over Conflict: Why the IB Learner Profile is needed now more than ever – great piece from a school leader, Jason McBride. I am so happy my two boys are benefitting from this very special education.

40 Over 40 – The World’s Most Inspiring Women – congratulation to Susanna Hasenoehrl for making in onto the list of the world’s most inspiring women. I am so proud of you.

A social leader is in tune with the world’s moments – a blog I wrote this week about participating in alignment with your audience on social media, because if you don’t, you may struggle to keep the respect of your audience.

Self-worth – what is it, how do we lose it and how can we get it back (part 1) – and my first podcast with Cathy Johnson on self-worth. If this is something you struggle with, please do have a listen. We would love to know your feedback too.

If you want to support Ukraine

As well as World Food Programme and UN Refugee Program

Browder on Putin: When You Believe Your Time Is Almost Up, You Start a War | Amanpour and Company – tks Vicky Coburn

Ukraine crisis: What message was Biden sending to Putin?

European peace seems as fragile as ever

Abstention by Emirates for Ukraine passes through Washington

Ukraine: Why has Russia’s 64km convoy near Kyiv stopped moving?

Russia Has Suffered a Crushing Moral Defeat. And Russians Know It.

War in Ukraine: The Russians leaving Russia for Finland

World turns its back on Russia: Astonishing moment diplomats WALK OUT as Kremlin minister tells disarmament conference Russia was forced to invade Ukraine to ‘stop them getting nuclear weapons’ tks Teressa Bayes

‘The damage is done’: Russians face economic point of no return

Father Carlson – Tucker Carlson is on Russia’s side.

How Should President Biden Respond to Putin’s War?

Turn down heating by 1C to reduce need for Russian imports, Europeans told

‘Stop firing’: A look inside the Zaporizhzhia nuclear plant as Russian forces attacked.

Ukraine conflict: What are the nuclear risks?

The anxious wait for relatives at Ukraine’s border

How Russian Sanctions Work – The Atlantic

Russian economic collapse will be hard to avoid

Ukraine: ICC to investigate suspected war crimes — as it happened

Russia has launched a genocide in Ukraine

In Ukraine, We as Creatives Now Have One Assignment: Defend Our Land and Stop the War

Google Disables Maps In Ukraine After It Revealed Troop Movements

Russia halts rocket engine sales to the US, suggests flying to space on their ‘broomsticks’

My thoughts on war in Ukraine tks Muriel Muriel

‘If Kyiv Falls, We Keep Hacking Putin’: On The Cyber Front Line In Ukraine

A Prayer for Volodymyr Zelensky – The Atlantic

Putin’s Attack on Ukraine Is a Religious War

Ukraine: Lessons not being learned

Can Putin Recover From This?

We Have Never Been Here Before tks Karsten Warnecke

Is A New Heartland Emerging?

A former head of the Foreign Office on what Putin wants

The rightwing US supreme court has climate protection in its sights

IPCC issues ‘bleakest warning yet’ on impacts of climate breakdown

Business Schools Must Do More to Address the Climate Crisis

Why the conversation about climate change and migration needs to change

The geopolitics of climate and security in the Indo-Pacific

Animals on the brink: why extinctions matter

NSW flood: farmer watches as half of 300-cow herd swept away in eastern Australia floods – video

What you need to know about the plastic pollution resolution

Loss of tree species has cumulative impact on biodiversity

COVID-19 hit the creative industries particularly hard. How can they be supported in future?

Life Reimagined: Mapping the motivations that matter for today’s consumers

Quantum sensing technology is being described as an “Edison moment” that could, scientists hope, have wide-reaching implications.

‘In my 30 years as a GP, the profession has been horribly eroded’

Teacher had to tell her deaf students that people can hear farts. Their reaction was hilarious.