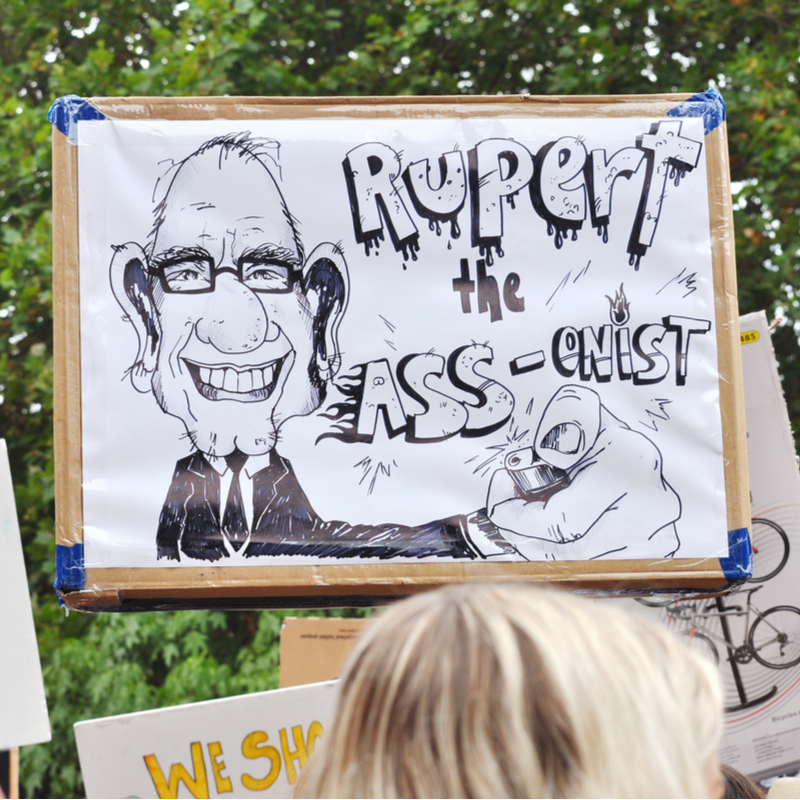 BIG news this week, as Newscorp Australia announced that climate change is actually a thing. You can’t stop progress, right?

Murdoch owned newspapers once warned of a $600 billion cost from cutting emissions, and well now, they’re claiming a $2 trillion benefit from doing the same thing.

So are they finally ready to do the right thing, or is the video below more on point, and it’s about advertising pressure? Well of course it’s still about the dollars, but progress is progress.

However, please do dig into this story. This announcement is not all it appears to be. First it has generated a lot of fury by those who have been fighting for climate action for a very long time, saying Australia has lost more than a decade in the fight against climate change, and Murdoch is a HUGE part of that.

Equally, the greenwashing claims are strong too. The messaging around this announcement is a push for NetZero by 2050, and anyone paying attention knows that the need for action is right now and in this decade. In the climate crisis section below, please read the article in the Guardian, titled, The climate disaster is here.  A very compelling read. Prince Charles did a great interview on the BBC too. Check it out.

Regardless, this announcement does have massive political ramifications, because not only do the climate denying Liberal Government of Australia have to scramble to match their “overlords” message (just in case you don’t know, I do not like Murdoch) this could ripple out where he has even more media power, in the US and UK. It is definitely a story to keep an eye on, but there’s so much more to this than meets the eye.

I’ve bolded some articles below, that I believe require attention. Knowledge is what we need right now. When we know what’s going on, we can be informed and better positioned to create the change we need in the world.

This Little Girl is Me Lavinia Thanapathy is an inspiring women and a big driver of the campaign around International Day of the Girl Child. Worth a read.

Podcast Episode 101 The Talented Vicki Kiely from VK Performers Studio my friend Vicki Kiely, interviewed by Jay Leshark and Russel D. Russell. Always a little inappropriate, but I love how Vicki expresses her love and passion for life, for nature and the world. And it is about getting out of your comfort zone and being brave.

Podcast the latest Uncommon Courage podcast titled, This Little Girl is Me! Proud to do this with three women who inspire me and who I’m proud to call my friends – Lavinia Thanapathy, Sally Foley-Lewis and the wonderful Kerrie Phipps. Have a listen and understand why the campaign is important, plus listen to ideas and tips to overcome whatever is holding you back.

22 lifestyle changes you can make to contribute to a better world instalment three: spreading the word and mindful travel – the last in a three part series, hoping to inspire everyone to get started with one of these ideas. I have loved doing this with Tim Wade, Michelle Mouille and Susanna Hasenoehrl.

The climate disaster is here

News Corp’s climate campaign is a political development with impact

See how climate change could drown landmarks around the world

One-fourth of US infrastructure is at risk of floods. These 4 states are in the most peril.

The climate disaster is here Earth is already becoming unlivable. Will governments act to stop this disaster from getting worse?

How to Reform the Oil Industry From Within

Now, every election is a climate election and every vote, a climate vote

Polar Bears Are Suffering from the Arctic’s Loss of Sea Ice. So Is Scientists’ Ability to Study Them

Vaccinated travellers from abroad, including Canadians with mixed doses, can enter the U.S. starting Nov. 8.

Go Ahead, Take That Vacation—but It May Be Unethical tks Lisa Larson Lee

What the Future May Hold for the Coronavirus and US

COVID-19: The Unvaccinated Pose a Risk to the Vaccinated

Why these US workers won’t get jabbed

Accelerating Inflation Spreads Through the Economy

Nations must be ‘absolutely vigilant’ about inflation, says IMF

No, Australia Is Not Actually an Evil Dictatorship tks Phillipa Edwards

No House Republican voted to raise the US debt ceiling

Is Trump’s power over Republicans starting to slip?

We Are Republicans. There’s Only One Way to Save Our Party From Pro-Trump Extremists.

Eight of the PM’s most ‘powerful’ quotes tks Phillipa Edwards

No choice but to open the economy tks Edgar Toral

Facebook is nearing a reputational point of no return

Call Her Daddy’s Alex Cooper: ‘Not everyone can just do a podcast’

Kongsberg: Bow and arrow attack appears to be terrorism – officials

The war on bodies

Nippers training made his kids confident in the water and out. He wondered if he could follow their lead

‘There is a reason why famous people are often screwed up’: Tim Minchin on quitting comedy

PrevPrevious22 lifestyle changes you can make to contribute to a better world. Installment one: a focus on food
Next#77 Weekend reads – Carbon sucking tech and climate shadowsNext