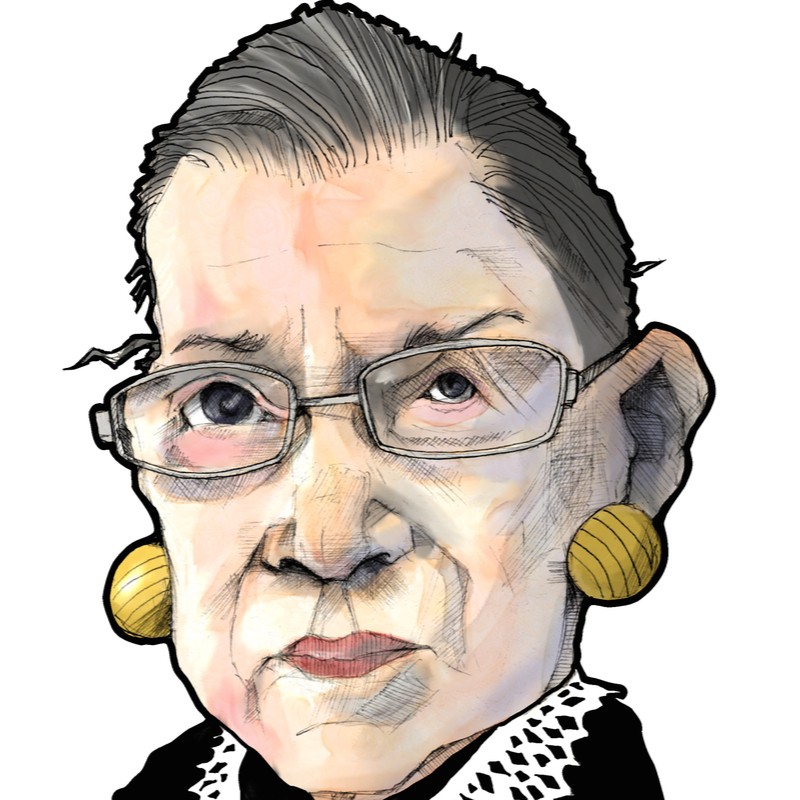 It was heartbreaking waking to the news that RBG has left us. But what a lady? What a legacy! She deserves her rest now, because boy has she earnt it! RBG has done the work of an army in her lifetime and while ugliness was unleashed across social media following the announcement today, she deserves nothing but our respect. All of us.

One word that is rising it’s head today is fear. People are fearful that her passing will unleash something even worse – a conservative high court – which indeed would be terrible for women, monitories and more.

However, what everyone always seems to miss is this simple truth – when you hold half of humanity back, as well as all minorities, life is worse for everyone. EVERYONE.

Equality and diversity lift us all. Anyone who fights against it, fights against the rights of all. Men included. Equality is critical. Educating girls tackles many important issues – they marry later, have fewer children and manage family finances better. Companies with more women in leadership make more money. When countries make equality a priority, GDP skyrockets.

RBG fought for all of this and now, we wait and see if the US follows her lead, or allows division to deepen, potentially unleashing a very ugly future for the United States. However, I have always had faith in the people of the US – always – so do not believe it’s a time to be fearful, because the truth is, it’s a time to fight.

5 ways Ruth Bader Ginsburg was a formidable force for good

Demographics are on the right side

And for once, demographics are really on the side of youth in 2020. In the 2016 election, millennials just pipped boomers in potential voting numbers for the first time. The problem back then though, as we know now, is Hillary was too divisive, so support for the Democrats was impacted. I don’t think that will happen again.

Regardless, when I think of the younger generation not voting, it makes me crazy. My generation, GenX, will not have more voting power than the boomers until 2028!! Can you imagine your parents or grandparents making decisions for you into your 50s? That’s what’s been happening to GenX!!!

So to the young people of the US, it’s on you to make the changes you want. Not just for the Supreme Court nomination, but for your very future. Another Trump term will set the environment movement back by a decade. We don’t have a decade, we really don’t. This is your future we’re talking about.

Read this: What Trump’s Environmental Rollbacks Mean for Global Warming

We saw the impact of demographics in 2016, when baby boomers dominated voting numbers, even though their actual domination was lost back in 2004. However, younger people don’t vote the way older generations do, and boomers once again made up the largest segment of the electorate—35 percent, or 48.1 million votes in 2016

Young people, it is time to claim your future. If the same percentage of you vote this time around, you might pip it past the post, but really, this needs to be a colossal victory. Can we rely on you? The world is looking on, don’t let us down.

When I think of the future, we have a fork in the road ahead for humanity. The people we select to lead us everywhere have never been more important, but nowhere more important than the US. Let’s elect leaders who will take the road that puts human dignity and designing a world in alignment with all living things OK? It’s our only option. The other road is not worth thinking about.

And with that, my selections for the week for you to peruse and hopefully you’ll dig into some.

The Age of Megafires: The World Hits a Climate Tipping Point

A New Arctic Is Emerging, Thanks to Climate Change

The Great Climate Migration Has Begun

The port that swallowed a town

Trump Has Head-Scratching Solution For California Wildfires : ‘It Will Start Getting Cooler’

Are ‘flights to nowhere’ a necessary environmental cost to save the aviation industry?

See the hazy sky in Massachusetts caused by smoke from wildfires in Oregon, California and Washington state tks Kimi Mc

The future has arrived. These explosive fires are our climate change wakeup call

Every Place Has Its Own Climate Risk. What Is It Where You Live?

Two Major Antarctic Glaciers Are Tearing Loose from Their Restraints

Coronavirus Disease 2019 vs. the Flu

Why Comparing Flu and COVID-19 Severity Is Not Equivalent

Number of deaths involving coronavirus disease 2019 (COVID-19), pneumonia, and influenza in the U.S. as of September 5, 2020

Coronavirus: Cases in France leap past 10,000 a day

I was infected with coronavirus in March, six months on I’m still unwell

How Did the ‘Best-Prepared Country’ Become a Horror Story?

How Can I Tell Whether I Have Flu or COVID-19?

How the Coronavirus Attacks the Brain

America Is Trapped in a Pandemic Spiral tks David Lim

Coronavirus in Africa: Explaining the bogus ‘viral blockers’ worn by some politicians – I suppose Trump will be wearing one soon

COVID-19 Patients Twice As Likely To Have Dined Out Before Illness: CDC Study tks Angela Frechette

Whoever wins this election is reflection of us as Americans

I read all those Trump tell-alls. Here’s what I learned

Trump told a reporter his biggest secret: that he is a danger to the American people

Who Can Win America’s Politics of Humiliation?

United’s CEO Sent an Email at 3:30 in the Morning. It’s a Lesson in Emotional Intelligence

Clock ticking for Phuket to reinvent itself tks Sue Ultman

Disney and the unequal reality of coronavirus America

How to talk to conspiracy theorists—and still be kind

PrevPrevious#19 Weekend reads – a week of rest after months of focus
Next#21 Weekend Reads – keep the faith my friends, keep the faithNext