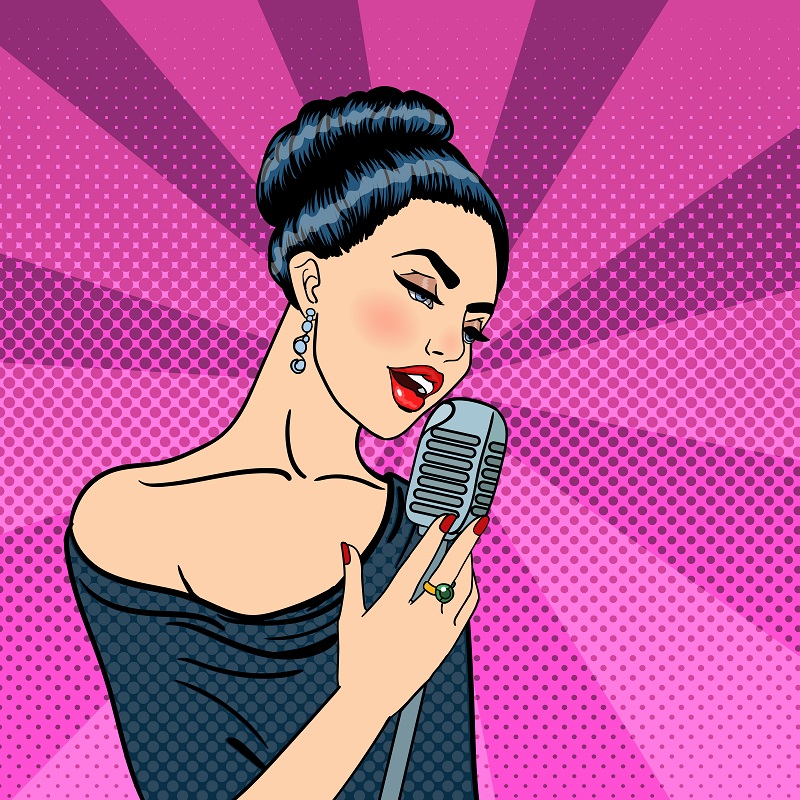 Um no, I don’t think anyone should outsource their voice on social media, no one

I love to have my thinking challenged. Love it! I take all challenges deep into the recesses of my brain, test it out, turn it around, and sometimes, it shakes my opinions up.

Other times, challenges don’t change my thinking at all, but they do shake my resolve. Perhaps I’m wrong and they are right? Perhaps I need to rethink my views?

I never mind my resolve being shaken, because it provides the opportunity to deeply reflect and think – am I still sitting comfortably with this view? Am I deeply connected to it, no matter who challenges me?

And so, my view, that no one should outsource their presence on social media, was shaken a few times recently, when I spoke about social leadership at the Asia Professional Speakers Convention 2018 in Singapore.

Firstly, not a challenge but a question, from the amazing Joanna Barclay, who asked me the final question, just as I was about to leave the stage. Joanna asked if it’s alright to have support from a social media team to execute on the content she shares.

Joanna does all the hard work herself. Creating the content, finding amazing content, and putting the social media positioning together, but she uses a team to do that final bit.

My response was: I wouldn’t. Mainly because the hardest part – in all of this – is the creating, curating and positioning of the content. That last bit – setting it up to be shared – is the easy bit.

However, this question is one I’ve been pondering since, because who says it’s easy for everyone?

There are ways where you can be supported, but still involved in your presence, so why not? I mean, I’ve written blogs for executives. I don’t do it a lot, as I need to know the person very well and they must participate in the creation too. However, as long as they are involved in the creation process, and it’s them in the final product – awesome.

So, yes, help is OK, in whatever way it makes sense to each of us.

But famous people do it!

My deeper challengers at this event were two other professional speakers, who had a quiet word with me afterwards, saying, you know the really really famous speakers in the world don’t do their own social media presence?

And this is what I really want to respond to. The really really famous people referenced became famous before we had social media. To shine today, to break through, it’s not the same as what they did historically, and social leadership is a massive opportunity for everyone now.

Therefore, if you want to become really really famous and think adopting a full outsourcing policy is going to cut it – well good luck and let me know if you win? Sure, there may be a few examples of people succeeding this way, but from what I’m seeing, it’s people embracing their own voice that are the champions in this era. Think Gary Vaynerchuck or Simon Sinek!

The days of vanilla

When people are not behind their voice, it’s obvious. But it’s not just me that can see it, we all can see it. Because, like so much of the content coming out into the world today, it’s bland, it’s fluff, it’s vanilla.

It washes past us, because it has no guts, no presence, no meaning.

It’s why we’re in the era of content shock. This idea we must participate, but far too many have no presence behind our participation. It’s really turning people off social media. No one wants to do vanilla!

There are many examples of social leadership legends – in my view – but here’s three people I follow and believe. Are they getting help? Sure. But there is no question, they are the voice behind their brand.

I could go on and on, but the point is, we are living in a world saturated with content, and the vast majority of it is bland. It doesn’t make any impact on us. It doesn’t mean anything to us. It slides right on by. It’s meaningless noise and there’s too much noise.

If you want to be a legend.

If you want to leave a legacy.

If you want to serve others and make the world a better place.

If you want to make a massive contribution to the world and your communities.

Then start by owning your voice on social media.

Stand for something. Believe in it. And then put all of your amazing energy behind it, so people want to join your cause and share your message, which is how you break through today.

Oh and don’t do what everyone else is doing either. Sure, be inspired by others, learn from them, but if it’s already being done, then it’s just same same. Avoid same same.

I mean, could anyone else do Nas Daily and win? Or James Corben Carpool Karaoke? No, only they can do that, which is why they’re rocking the world.

One example. I remember a lady asking me if I could create Seth Goden-style blogs for her. I’m like, why? It’s already been done. You’ve got to be unique not follow the crowd!!?? And why don’t you want to do it yourself?

I didn’t win that work….

The people who are truly rocking us, go out there with a huge passion, and they’re relishing the opportunity to share it on the digital stage. They’re not looking around for inspiration, they are just, quite simply, inspired and impassioned and they want to serve their audience and share their message. This honesty speaks to us. We know they are doing it because they care.

No one can resist passion, no one.

Think Steve Irwin-level passion – that’s what we need in this game.

I really believe that to stand out, to break through, to become someone of value, you have to be behind your voice. You can’t outsource yourself.

As I said in my speech: when you outsource your voice, it can never come across as completely genuine, because you are not there. It’s impossible for it to contain your magic, because only you can capture that. And worse, it diminishes the value of social media and all of the business people I work with tell me they are completely over the nonsense.

So, on this opinion I stand firm. If you want to be a legend and build something powerful, outsource everything else, but not this. We are in the age of authenticity and our audience is smart. They see through everything.

As I was giving this blog an edit, my friend, Priscilla Joseph tagged me in this video. They say it better than I do. Well worth a watch.

Own your voice. Serve your audience. Make it about them. Make it count. Make it meaningful. That’s how you break through today. When people believe you and believe in you. Surely that’s worth the effort?

Of course, if you want to outsource your social media presence, knock your socks off. I just don’t believe in this strategy and believe you’re missing the greatest opportunity of this age. Because it is the participation that really brings home the gold.

When you outsource, you’re only pushing information out. When you’re participating, you’re getting stuck in. That’s where the magic on social media is – in the engagement and conversations.

And to those with businesses that provide outsourcing services – I’m not killing your business, I just think you could do much greater work, and that starts by empowering your customers to get behind their voice.

Thoughts, admonishments, challenges or a nice joke for a Friday afternoon?

PrevPreviousWhen women step up, does it help more women step up? I reckon it might
NextIt’s the age of digital reputations, how’s yours?Next