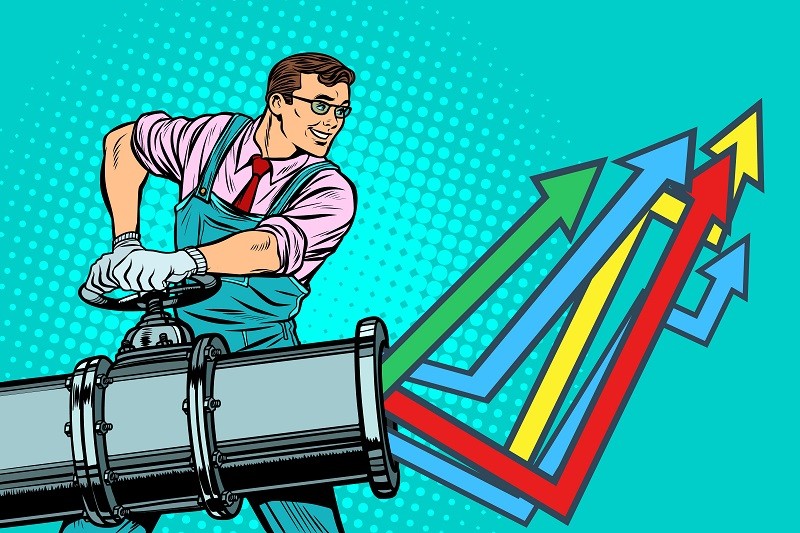 Can business keep growing and avoid climate catastrophe? Some stats

There is an article on the BBC today – Dubai Air Show: The challenges for us all in flying green – and if you read between the lines, it demonstrates an industry that has always known this time was coming and has done absolutely nothing about it.

“The firm’s new UltraFan, set for commercial use in the next decade, is one of the biggest leaps in engine technology for 50 years.”

What have your R&D teams been doing in those 50 years? I’ve met a lot of aerospace engineers – smartest people on the planet. Surely, they could have achieved more results across five decades?

But apparently engines are 50% more efficient than they were 30 years ago…. Well great, except the rate of growth in the aviation sector means there’s no benefit to the environment, right?

To give you a feel…

The International Air Transport Association (IATA) believes, that if current trends continue, passenger numbers could double to 8.2 billion by 2037. Today it is 4.6 billion, which is 130% higher than in 2004. Half of all future travelers are expected to be from Asia.

To break it out according to the IATA – travel numbers by country between now and 2037:

The Boeing Commercial Market Outlook is worth reviewing. Up to 56% of new orders are to accommodate growth, not replace existing planes.

Here’s some other references for growth in Climate Change

A NY Times article discussion the growth in emissions from flying

And a CNN article discussing the world travel industry.

The global travel and tourism sector grew at 3.9% to contribute a record $8.8 trillion and 319 million jobs to the world economy in 2018. This is its eighth consecutive year of growth.

It’s the second fastest growing industry (behind manufacturing) and is growing at 50% higher than the global economy.

“This sector is forecast to contribute 100 million new jobs globally over the next 10 years, accounting for 421 million jobs by 2029.” (WTTC)

Meaning this industry has strong momentum to keep growing. It provides jobs and livelihoods for millions, BUT at what cost to us all ultimately?

Since the election of Donald Trump, one significant effect is military budgets increasing not just in the US, but in NATO countries as well. There has also been significant growth in defense spending by India, China, and Japan.

To get a sense of why this matters, read the article: “US military is a bigger polluter than as many as 140 countries – shrinking this war machine is a must.”

France plans to boost its defense spending by 40 percent over the next six years.

The UAE and Saudi Arabia defense expenditure is significant, and the region is expected to see mid-single-digit growth annually over the next decade.

There are so many industries – let’s look at a few

If this growth is YoY, do the maths on that!

IDC forecast that worldwide smartphone shipments will decline 1.9% in 2019 to 1.375 billion units, which is down from 1.402 billion in 2018. However, IDC believes the market will return to growth in the second half of 2019 with volumes up 1.4%. In the long-term forecast, IDC expects the overall smartphone market to reach 1.519 billion units shipped in 2023.

When reading data on mobile phone production, it’s critical we also consider the societal implications, including child labour and human slavery at many of the rare earth mines, which are essential to mobile phone production. Not to mention, the terrible working conditions in the factories producing our phones, and the environmental devastation created by mining.

The human and environmental cost of growth – just in this one sector – is too high for us to keep ignoring.

If quarter by quarter growth is not too varied, we are looking at 259.44 million new PCs coming into the market per year minimum. That’s nearly 5.2 billion new PCs over a 20-year period.

Why this matters? Because e-waste is growing exponentially

If you want to learn more about e-waste, check IISD.org. This sector provides an enormous opportunity within a circular economy – a financially sound opportunity.

The largest FMCG businesses plateaued (according to this report), which includes Nestle, Procter & Gamble, Pepsico, Unilever, JBS, and Coca-Cola.

For those who did grow, some experienced massive growth:

Growth of this sector – if it continues with business as usual, is environmentally devastating. The plastic output is shocking. And Coca-Cola retains its spot as the world’s top polluter two years running.

What can we do about climate change?

Start campaigning for all plastic polluters to dedicate a minimum 10 per cent of their annual earnings to collaboratively work together to clean up the mess created –in a sustainable way – in every corner of the globe. As an example, Coca-Cola is worth US$80.83 billion and it’s profit is 22.41% – perhaps some of that should be dedicated to cleaning up the world?

All plastic producers and users should also collaborate on sustainable packaging and get it on the market no later than 2022. And they should now be responsible for sustainably cleaning up their mess, and it should be illegal for any country to ship waste outside its borders.

Continuing to produce products that are having such a detrimental effect on the planet, should carry criminal liability. It is ecocide.

And let’s not forget our celebration of excessive consumer spending. We’ve just had Singles Day in China. It grew at 26% from the previous year (which is a slower growth rate than the year before, which was 27%) but it still generated $38.3 billion in sales!! And it’s being celebrated everywhere. I am genuinely horrified.

Please, reduce your plastic consumption and avoid Single Use in every circumstance. We stop buying the products, brands will stop creating them.

According to this research, the maritime shipping industry currently emits around 940 million tonnes of CO2 annually. It is responsible for about 2.5% of global greenhouse gas (GHG) emissions.

However if we do not focus on mitigating this industry, this article suggests shipping emissions could – if we continue with business-as-usual – see potential increases of between 50% and 250% by 2050!

We can’t allow that to happen.

The oil and gas industry

Who knows the truth of the oil and gas industry! It drives the world and is beyond powerful.

According to PWC, we’re about to hit a supply crunch, so essentially, we need more oil. Expanding investments in oil and gas exploration are also rebounding. (PWC)

In its recent World Energy Outlook, the International Energy Agency (IEA) anticipates a 30% increase in the global energy demand by 2040. Renewable energy sources are growing quickly: in 2016, they accounted for two-thirds of the new power added to the worldwide energy grid.  As demand for power grows in developing economies, and especially in Asia, the focus on renewable energy sources will increase considerably.

While coal consumption is likely to remain flat over the next 20 years, oil consumption is expected to rise by 10 percent, and demand for natural gas will grow even more sharply, at 45 percent.

However, we must all be very aware that there is no silver bullet, and the marketing around renewable energies might not be all it’s cracked up to be. Please read this article: 41 Inconvenient Truths on the “New Energy Economy”.

Let’s sort this mess out

When you look at these astronomical figures and start to imagine a world where most industries have at least doubled in the next 20 years, you can see that this isn’t good, right? It’s not just me?

For many of us, I know it all starts to feel impossible. But human creativity knows no bounds. We can solve this. BUT We have some big issues to deal with. Frightening scenarios face us. Terrible tragedies are already happening. But in most countries of the world, governments will not do this. It just won’t happen, not until it’s too late.

We need global businesses and global leaders fighting this fight for us. Completely revamping all business to be sustainable and climate neutral within two years (not 2030 or 2050), and industry must clean up the pollution each sector is responsible for. Business must join the Mother Earth Economy.

However, one of the challenges we face, is having the guts to embark on a rapid change towards a Mother Earth Economy. This economy must mean that everything we do, everything we create, every plan we put in place, must have a positive outcome for Mother Earth and all life on our planet. No discussion. It’s the only way.

But is this even possible?

Well of course it is, we just need the courage to face it and create it. Business as usual will destroy us all. Even the greedy will have no opportunity to count their money in a boiling world. The biggest challenge we must face is the disastrous impact of our current economic models (aka capitalism) – across every industry, globally.

Think about what growth in your industry means?

Think about the mindset of continuing with business as usual, driving humanity and all living things off the proverbial cliff in the process? Earth will bounce back. It always does. WE won’t.

We can only go in one direction if we continue, and therefore, we need to be brave enough to stop everything we are doing to work out how we create a Mother Earth Economy. When we do, we must accept the pain that will come in the short term, because avoiding this pain is not an option.

We have three choices. Pain now. A lot of pain later. Or extinction. Which choice do we make?

Go and check out the Economist Intelligence Unit Report – Resilience to climate change? A new index shows why developing countries will be most affected by 2050. The global economy will shrink by 3% by 2050. Here’s an article in the Japan Times that discusses it, if you can’t access the full report. The cost to the global economy is predicted at $7.9 trillion. Let’s get ahead of this. It needs to be faced!

The choices we make now, to determine our future, is on all of us. It’s time for courage!

PrevPreviousShould I send a personal note to new LinkedIn connections?
NextWhat’s the difference between employee advocacy and social leadership? And why it mattersNext