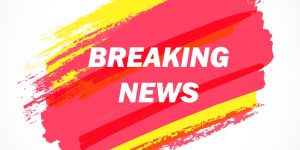 On September 11, 2001, I was in Boston, having cancelled a meeting at the World Trade Centre (WTC) in NYC the day before – a meeting scheduled to start at 9am. It’s definitely always felt like a close call, but I got lucky, and everyone I knew in the Towers got out too. Some of my friends lost many colleagues that day.

No doubt, on a global scale, it was an intense moment – the world changed that day – and it had an impact, no matter where you were in the world when it happened.

However, there was another moment in Boston on 9-11, which most won’t know about. A young lady, working for a PR firm, sent out a press release to the media, drawing a comparison between the attack on the WTC and the problem her client solved. It was disastrous, she was ridiculed and fired.

I was shocked and surprised when I heard about it. I was still in PR back then and couldn’t believe how foolish it was. As the years have gone on, I’ve come to realize that she was quite simply incapable of understanding the gravity of the moment, and on a day like 9-11, it was a time to be silent.

But then how could anyone truly understand the gravity of that moment? It took weeks for it to sink in!!

I’m sure this young lady learnt a big lesson that day. Although, if she did it now, it would have resulted in much greater shaming, with the social media attack culture we live in.

Sensitivity is the order of the day

Since 9-11 and the advent of social media, being sensitive to the important moments must take centre stage. We must be aware of it. I constantly observe many interacting socially in ways demonstrating they are not appreciating the impact of what is happening around them. More importantly, they are not appreciating how it’s impacting their community.

A small example was on the day of the US election in 2016. I saw someone post a blog – Top 10 tips to Instagram success (or something like that) – and I wanted to say, “my friend, today is not the day for content like that.”

Not only because people will not read it, but because their attention is elsewhere. By publishing it, you are showing your audience that you have no awareness of the moments happening in the world and the impact it is having – including on your audience. Anyone deeply involved in the US elections – American and otherwise – wasn’t reading top 10 tips blogs on November 8th 2016!!

Brands do it too

Brands have also been called out many times over the years on social media too. Typically, it’s when a brand jumps on a hashtag moment and attempts to tie their brand to it. The level of sensitivity required to succeed in these campaigns is very high, and unfortunately, many brands fail big time.

We all have to be cautious – as brands and as individuals.

Let’s get onto this moment

Which brings me to a big moment that impacted our world – the Ford/Kavanaugh news. While many will think this is just US relevant, I can assure you, for the #MeToo movement and any survivor of sexual assault, this was a moment for them too.

Many of us watched a lady stand before the senate committee, with millions watching her on TV, telling her story of sexual assault, where she admitted she couldn’t remember all the facts (which, according to the experts, is not an uncommon effect of trauma), but she told her story anyway.

My heart ached for her as she spoke. I thought she was brave, humble, and very dignified.

However, since then, I’ve watched both sides vilify the other and be truly awful to each other. It has been revolting to see fellow humans sink so low, saying such terrible things – to each other and towards both parties in this case.

Then it got even more revolting

And then we hit the peak of this news cycle, with Trump mocking her in front of a laughing crowd. It was very distressing to see a sexual assault survivor mocked and laughed at in this way.

There were so many horrible aspects to this news these last few weeks, but this tweet captured it for me. We silence women and minorities in so many ways – which is actually what this case is about for a lot of people – and there’s a lot of ways women can be silenced.

Age-shaming is one of them. When you judge a woman’s looks as being ‘un-screwable’ 30-plus years after the fact, I believe it is one of the most undignified things you can do and will definitely silence older women. Who would want to subject themselves to that?

We all age. Allow women to do it too. This is a barbarous thing to share.

How does this matter as business professionals?

No matter what you think about this news, no matter which side you are on, please understand, that as a business professional, how you act in these global news moments matters.

If you are a leader, want to be a leader, or want to gain credibility with your leadership teams, then awareness and sensitivity to the greater world is paramount to personal credibility.

I shared a view like this with a smaller, private group, headquartered out of Singapore. One observation was this is US news and it’s not relevant to Asia.

Now considering half of anyone’s community on social media are female, and potentially half of those have experienced sexual assault in some form, do you think that Dr. Ford standing up and speaking about her experiences of sexual assault would attract their attention?

Let’s just say, for a large part of my community – male and female – we were all really paying attention!! We were reading, watching, listening, speaking. We were also NOT paying attention to much else while it was going on. It was very consuming.

Another valid point raised, is that people in each country have different priorities. Exactly right. In Singapore, it’s currently about significant changes happening to the education system.

Social leadership is on the pulse

In my headline I suggest that, to be a social leader, you must have great sensitivity, a high EQ and global awareness. If you are only responding to news that impacts you, then you are not being sensitive to what is impacting your wider audience. You are not putting yourself in your customer’s shoes.

Today, we must all be sensitive to what is going on in the world, because that is where our audience’s attention is. When we are not sensitive to global moments, we look: out of touch; lacking in empathy; socially disconnected to our audiences; and well, it is hard to garner respect as social leaders if we demonstrate zero awareness on the issues impacting those around us.

This global news moment might not be interesting to you or even impact you personally, but being a social leader and social leadership is not about you, it’s about your audience.

And the question to ask is: do they care about it?

And if they do, how you participate in these moments matters. It matters a lot to your credibility. Pay attention. It’s important in the social world.

What do you think? And please, can responses not be a conversation about the Ford/Kavanaugh news, and instead about how we need to be thinking and participating within the context of moments that consume the world’s attention? That is the real point of this article.

PrevPrevious10 tips on how to be a world class Social Media leader
NextWe have UX, DX, CX and EX, how about MX?Next