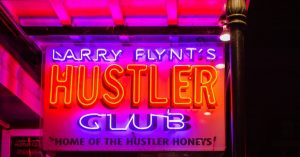 I am not a hustler, so what does that make me?

If there is a consistent message breaking through for me on social media, it’s the concept that we must all be out there hustling to build businesses and opportunities – especially if we’re entrepreneurs.

Gary Vaynerchuck is the poster child of the hustle today, because let’s face it, no one does it better than him! While it might not be my style, I admire GaryV in how he goes about things – mainly because he’s got a very powerful and humble message underneath the performance – but also in his natural ease.

People who participate on social media with ease were born this way – they are natural showmen/women.

The problem for me, though, is the idea of hustling makes me squirm and feel sick to the stomach. I mean, you probably won’t find a softer seller than me – just ask my hubby or even my clients! Then again, Steve (hubby) is an extremely experienced sales leader, who is unbelievable in the value he builds in relationships with his customers, which ensures he wins big and often.

So it’s not that he isn’t in-tune with the value approach I take, it just took him a while to be convinced my non-pushy approach with social and content would ever generate any success for me.

Thankfully, I’ve been able to show him that it does work, and he’s delighted – mainly for me, because I was able to prove it, and now I get to share it with other professionals, who are also proving it works too.

I ain’t no hustler

Getting back to hustling, I’d rather chop my fingers off than do it – and a no-fingered me couldn’t type, which would be a disaster, because writing is like breathing for me. Hopefully that gives you a sense of how much I hate the idea of hustling!!

However, in recent months, I’m starting to witness a lot of people in my social networks inspired by the hustling message, and they are taking to it with gusto.

The problem is, it doesn’t suit all of them. It’s just not their character to do it. Which means it comes across as very “try hard.” Sorry. It needs to be said.

I understand why people are doing it, but surely, it’s not worth doing if no one believes you, right? Is it really worth the negative it attracts if it’s not you in the first place?

Is it because people think there is no other way?

I started trying to make sense of it recently and think I know why so many are picking up this way of being social – and it’s simple. I don’t think people believe there is any other way.

The showmen – from a perception point of view – are the success stories, not necessarily because they are winning more, but because the ability to hustle breaks through the noise. Whether their breakthroughs are valued or not is beside the point – breaking through is seen as an achievement in itself these days!

If you’re wondering who I’m talking about (beyond GaryV), they’re pretty obvious, because they tend to pick up as many fans as they do critics. Being a hustler certainly requires a thick-skin – especially if you’re a woman-hustler! Then again, the vast majority of people who participate like this do tend to be of the laddish variety.

But if I’m not a hustler, what am I? Shall we look at the opposite?

When looking for definitions of a hustler, it’s an ambitious person who eagerly goes after what is desired – which I do, of course, but it’s also used to reference thieves, confidence tricksters, swindlers and ladies of the night – and I ain’t any of them. Maybe there’s just more nuance around the word these days?

Words associated with the opposite of hustler, include: victim, dupe, martyr, sufferer, oblation, prey, immolation, innocent, unsophisticated, ingenuous, gullible, artless, simple and it goes on….

Well hello, I may not be a hustler, but I certainly don’t think I’m any of these either – I hope you agree!!!

With that said, the opposite approach that I advocate, is a slower path to success – so martyr and sufferer definitely could ring true, however, I’ve also found that success can be significantly bigger if you take my approach and have the patience to earn results… which is the ultimate goal for all of us.

Some of my experiences using the other approach, include:

So, what can we call people like me, who prefer the subtle, long-haul, value-building, service mindset, giving-economy approach? The one’s who rarely sell anything, but have something worth buying?

We are here. We are doing it. We are succeeding. We just don’t have a name?

The only name that comes even close is Servant Leadership. Here’s the essence from Wikipedia:

“… a servant-leader shares power, puts the needs of others first and helps people develop and perform as highly as possible. Servant leadership turns the power pyramid upside down; instead of the people working to serve the leader, the leader exists to serve the people. When leaders shift their mindset and serve first, they unlock purpose and ingenuity in those around them, resulting in higher performance and engaged, fulfilled employees.”

If you have time, please check out Greenleaf’s Center for Servant Leadership. As a philosophy, it’s definitely one I am completely in-tune with. Wouldn’t the world would be a better place if this was the core of all business?

No matter, we all must strive be authentic in the digital age

Because when we’re not, everyone can see it.

A senior executive recently said to me: there is nothing more important than being authentic. When someone is inauthentic, even if it is just a whisper of in-authencity, I can always see it. I can always feel it. You can not hide it.

I totally agree with this. Being true to who you are is everything. There’s a big difference between stretching yourself outside your comfort zone (your #JustSayYes moments that will propel your career/life) and behaving in a way not congruent with your true self. We all know the difference too – the former makes us uncomfortable but excited, the latter uncomfortable and queasy – yes?

So that’s why I’ve written this blog. To show there is another way. I know it requires a lot more patience for success, but equally, I think we need to know that success is possible, and there’s more than one path to achieving it.

For me personally, I like this way. It matches my soul. You?

So give a lady a hand and help me give it a name? Is it Servant Social Leadership? I mean, social leadership is the main phrase I’m using these days, so…

PrevPreviousAre you joining the #DeleteFacebook movement? Or is this a sign of progress?
NextThe time to own your voice on social media is nowNext