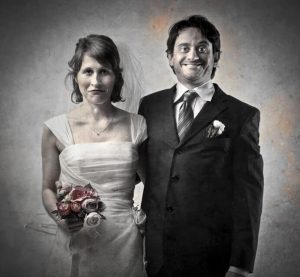 As I’ve recently “retired” from yet another chapter as an analyst relations person in the technology industry, I wanted to share a few thoughts with my friends, the analysts. As some of you know, I sincerely believe there is a massive opportunity for everyone on social media, and I’d love to see you all embrace it. I’m an evangelist, what can I say?

What I’m suggesting is for you to get A LOT more active at utilizing social media to build your personal brands, as well as the brands of your firms. I ask this for your benefit, as well as for the benefit of the tirelessly working AR people you deal with every day.

To give you some context, when I first did AR (back in London in the 90s) we didn’t have social media, however the challenges getting vendors to pay attention to you hasn’t changed much at all – something that I know frustrates you. I’ve always seen the reason for this being the fact that much of the influence you have cannot be “seen” or measured. In Asia, that problem is exacerbated even more.

If I might just put you in the shoes of the average AR person.

It’s very challenging getting internal attention, because in the region, vendors are running at a million miles an hour, not everyone has access to your research, we can never know about your closed door conversations with customers/prospects unless they tell us about them (and that requires someone to capture it – impossible), and we can’t capture your media results because there’s just too many countries and languages to monitor. Fundamentally, the analyst community in Asia is a massive group of people with a massive influence, and there never seems to be enough resources on the AR front for most vendors in Asia, so it’s all just a little bit challenging.

And that’s where social media comes in.

There are many more reasons, but the essence of my message is: it’s time. The world is changing – as you are predicting – and being active participants in this new social world is more important than ever before, for everyone in business.

Now let me tell you how an AR person can benefit if you get more social.  As you know, an AR person has many responsibilities, but the most important (in my view) is to PR you and the work you do in Asia. Therefore, your involvement on social media helps AR folks, which benefits you/your organisation in return. How?

If I think of the analysts who really get this stuff, I’d definitely say:

(Facebook thinks I need plastic surgery by the way – you?)

Of course, when compared to some of the global heavy weights – Tiffani Bova, Brian Solis or Ray Wang – lessons could be learned. But for everyone I’ve copied here, all are worth following, and bookmark Gartner’s blog site. A great information resource.

Concluding now. I write this knowing the analysts are super busy, and if Dave Noble’s recent blog is anything to go by, it’s only going to get busier. BUT this is about YOU. It’s about taking care of yourself and your personal brand. It’s kind of like taking care of your health, but for your career instead. Your firm obviously benefits too, but that’s not as important as what you get. I also appreciate that some of your firms have restrictions on what you can and can’t do, but you know, perhaps it’s time to have discussions to get that changed? It really is redundant thinking.

I believe in the power of social media to change the world, but it changes careers too. I’d be thrilled to know my blog helped you love social just a little bit more, because I miss working with you, but I still want to “hear” from you!

Take care, Happy Holidays and Merry Christmas to those celebrating.