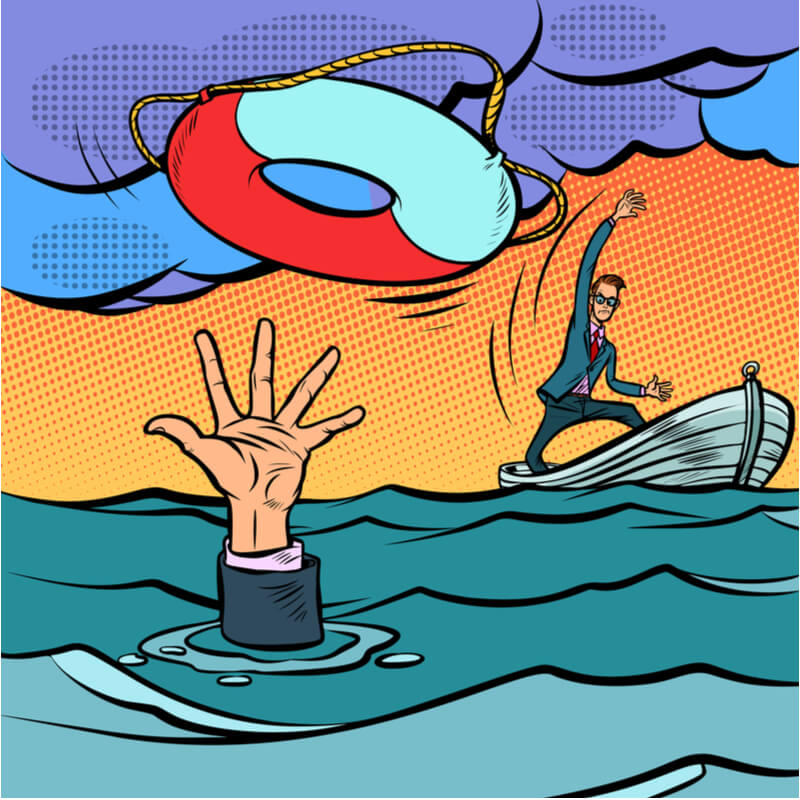 #48 Weekend reads – are you serving your community?

For the last year I have been inspired, devastated, and inspired again, especially witnessing so many amazing people doing so much to help those in need in Phuket. But as the crisis continues, especially its economic impact, as well as increasing exhaustion levels for volunteers on the front lines doing their best to help, it was time to step things up.

And so our community came together under the umbrella of One Phuket, and we are all committed to making sure we do enough to help everyone get through this crisis, together. We are also committed to taking pressure off the volunteers who were burning out.

Being in a place like Phuket during this crisis – one that relies heavily on tourism – has been a very sobering experience for me, because the impact has been terrible. What is equally frustrating, especially in Asia, is everyone did the right thing to get the situation under control, and it feels very cruel that the people most impacted by this pandemic are not the ones responsible for it.

Food poverty is a terrible thing to witness, people unable to get out of bed is too. I can tell you it’s very humbling being here through this time.

Being part of One Phuket has given me powerful purpose. I cannot worry about things out of my control, I cannot worry about irrelevant stuff either, and I certainly cannot get depressed, because I am focused on adding my voice to the challenge, and doing what I can to help in our community. Whether it’s raising awareness, raising money, or volunteering our families time or resources, we are all in.

And I want to pass this on, because if you are struggling right now, if you are depressed and anxious about the situation, if you can’t see a rainbow anytime soon, please be part of your community and get busy helping those who need it.

I wrote a blog recently, asking everyone to give #Just10Percent of their time, money, talent or voice – something we can all do. However, one of the biggest lessons of this experience, and the real message of giving is, it helps you too. It fills your soul with purpose and commitment. It’s a beautiful thing and everyone has 10 percent of something to give.

Can you see an opportunity to help? If nothing else, donate. I hope everyone understands that coming out of this time better off than you went into it, is definitely not the way to be in this moment for the world. Here’s some donation suggestions World Food Program., UN Refugee Program, PowerOf , Kiva.org, Soi Dog Foundation. If you can afford to be generous, now is the time to help your fellow human.

We must better protect wildlife to prevent future pandemics

Shanna Swan: ‘Most couples may have to use assisted reproduction by 2045’

Climate crisis ‘likely cause’ of early cherry blossom in Japan

We sampled tap water across the US – and found arsenic, lead and toxic chemicals

The company behind the Suez Canal blockage spilled 28,800 plastic toys into the ocean in the 1990s

How America can rid itself of both carbon and blackouts

Animals stranded on board 20 livestock ships waiting to pass through the jammed Suez Canal could starve and die if the situation lasts much longer, charity warns tks Philippe Penfold

Exxon: The Road Not Taken

When will the COVID-19 pandemic end?

Bob Pape was a beloved father and foster carer. Did ‘eat out to help out’ cost him his life?

WHO report finds coronavirus probably emerged in bats, ‘extremely unlikely’ to be result of lab leak

My friend is an anti-vaxxer, and she’s converting my husband. What can I do?

What Brexit changed for clothes, flower and sausage firms

Trump launches ‘the official website of the 45th President’

SpaceX is dominating orbit with its Starlink satellites, making the risk of space-traffic collision a serious hazard, industry experts say

Back to the future? Airline sector poised for change post-COVID-19

Suez Canal: Ever Given container ship shifted from shoreline

In 2020 the ultra-rich got richer. Now they’re bracing for the backlash

Damage: the silent forms of violence against women

A decade ago, this scientist predicted 2020 would bring ‘peak’ chaos to the U.S.

Why Do Americans Idolize the Super Rich? tks David Lim

Self-compassion is not self-indulgence: here’s how to try it

Prof. Has Constitutional Right to Misgender Students for Jesus

Earth Has Been Hiding a Fifth Layer in Its Inner Core

MAFS Reactions: Are We All Just Going To Pretend This Is Normal?

Humans Will Probably Evolve to Be Venomous

Solar storm that appeared like ‘a great fire’ in 1582 could hit Earth AGAIN this century, causing billions in damages and knocking out power grids worldwide, experts warn

Why nature vs. nurture is ‘zombie idea’ we need to kill