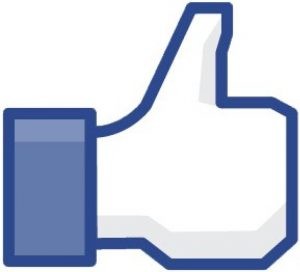 I’ve been undertaking extensive research on corporate values across companies all over the world – large and small. This is for an ebook I’m putting together on messaging, and while I have no idea where I’ll publish it just yet, it’s been a really interesting process contrasting and comparing the biggest brands in the world on such a massive scale, across multiple sectors. Some companies have awesome, deeply meaningful corporate values (with tech/digital companies standing out), but many companies remain very weak in this area, some with no values at all.

Facebook is definitely an awesome example, and when you read its Values and watch the employee videos, it’s definitely something that feels true and motivating – which is exactly what Values should be. You can find this information on Facebook’s career page.

Values are the core of corporate culture – small or large – and it’s the qualities, customs, standards, and principles that drives the business, as well as its employees belief in the company’s direction – all culminating to ensure the company AND its employees succeed. In fact, Steve Jobs is better at explaining this in a way that will resonate. Check out this old video, filmed when Steve Jobs returned to Apple and launched the “Think Different” campaign. As he says, the Core Values should never change, and he famously and very successfully realigned Apple back to focus on its original Values as its driving force.

Working at Facebook means doing what you love. We hire trailblazers, hackers and pioneers. We want people who can solve challenging problems, make a real impact and build something big. You should join us.

We don’t have rules. We have values.

To have the biggest impact, we need to focus on solving the most important problems. It sounds simple, but most companies do this poorly and waste a lot of time. We expect everyone at Facebook to be good at finding the biggest problems to work on.

We have a saying: “Move fast and break things.” The idea is that if you never break anything, you’re probably not moving fast enough. At Facebook, we’re less afraid of making mistakes than we are of losing opportunities.

We have another saying: “The riskiest thing is to take no risks.” In a world that’s changing so quickly, you’re guaranteed to fail if you don’t take any risks. We encourage everyone to make bold decisions, even if that means being wrong some of the time.

We believe that a more open world is a better world. The same goes for our company. Informed people make better decisions and have a greater impact, which is why we work hard to make sure everyone at Facebook has access to as much information about the company as possible.

Facebook was created to make the world more open and connected, not just to build a company. We expect everyone at Facebook to focus every day on how to build real value for the world in everything they do.

Facebook goes onto elaborate about the sort of people they want, and its commitment to encouraging people to be themselves:

When we say “be yourself,” we mean it.

At Facebook, we value diversity on an individual level. We’re dedicated to creating an environment where people can be their authentic selves and share their own diverse backgrounds, experiences, perspectives and ideas.

I found Facebook’s Values honest and inspiring. Additionally, because of the negative media coverage recently, they stand out because it demonstrates that Facebook is a future-focused company. If they stick to and embrace these values, I am sure the company will make it through its current period of negative publicity.

As a reminder, when creating Corporate Values, they need to be:

I found lots of great company Values and will share the highlights as I go. In the meantime, what company do you think has the best Corporate Values? What company has the worst or none at all?

PrevPreviousHow Many Characters for Social Media Business Pages?
NextBlokes I Know on PinterestNext